Grand Teton National Park in Wyoming is one of the best examples of a pristine natural destination. The Teton Mountain Range, part of the Rocky Mountains, runs through the park. There are many things to see and do in the Grand Tetons, but certain seasons of the year are better than others for visiting.

September is one of the greatest months to visit Grand Teton, National Park.

With daytime temperatures in the upper 60s and nighttime temperatures starting in the low 30s, there are fewer crowds around Grand Teton. However, most of the trails and roads are still open, and the highest peaks often have a magnificent sprinkling of snow.

The pronghorn migration and the elk rut both begin in September. Both are impressive sights to see for wildlife enthusiasts around Grand Teton.

However, in this guide, we go deeper to see if the best time to visit Grand Tetons National Park differs depending on your vacation requirements. 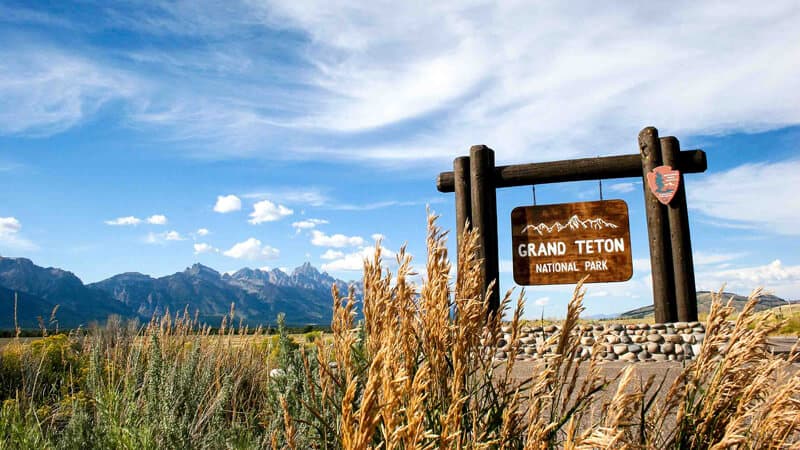 By the end, you’ll either know what to do when you visit the Grand Tetons in September, or you’ll discover a whole other world at a different time of year.

How Much Time Should I Spend In Grand Teton National Park?

Two days is the absolute minimum if you want to see both Yellowstone and Grand Teton in one trip. This will enable you to see only the most important features of each National Park.

The main recommendation is to stay in the area for at least 4-6 days, including 3-4 days in Yellowstone and 1-2 days in Grand Teton.

Here is a bit more to know before you visit the area.

The animals here are wild and need to be given space, whether it’s a herd of bison on the plains just south of the park’s Moran entry, grizzly bears on Willow Flats near Jackson Lake Junction, or moose up Cascade Canyon

The weather is likely to change quickly. Bluebird summer mornings can turn into afternoon thunderstorms during the spring, summer, and fall months, and a tranquil lake can swiftly develop whitecaps.

Snow closes the park’s Inner Loop Road, which runs from the Bradley-Taggart Lakes Trailhead to Signal Mountain, and its Moose-Wilson Road runs between the Death Canyon and Granite Canyon Trailheads from November 1 to April 30 each year. In addition, the picturesque drive up Signal Mountain of Grand Teton is frequently closed until early July.

Is Yellowstone or Grand Teton better?

While Yellowstone is famed for its geothermal delights, Grand Teton provides a more tranquil setting. Although the park is small at 484 square miles compared to Yellowstone’s 3.5 thousand square miles, the surrounding areas are worth visiting.

How to Get to Grand Teton National Park

Grand Teton is the only national park in the United States with a commercial airport.

The Jackson Hole Airport is within the park. If you’re flying in, a window seat will give you the best views of the Tetons.

Although many of the park’s lodges have names that sound like they’re on the water (Jackson Lake Lodge, Colter Bay Village, Jenny Lake Lodge), Signal Mountain Lodge is the only one with lakefront rooms.

The Grand Teton Climbers’ Ranch, sponsored by the American Alpine Club, is the park’s most cheap non-camping alternative, and the ranch offers a shower, a common cookhouse, and library, as well as bunk beds in cabins. The park’s lodges are open from early May through October. 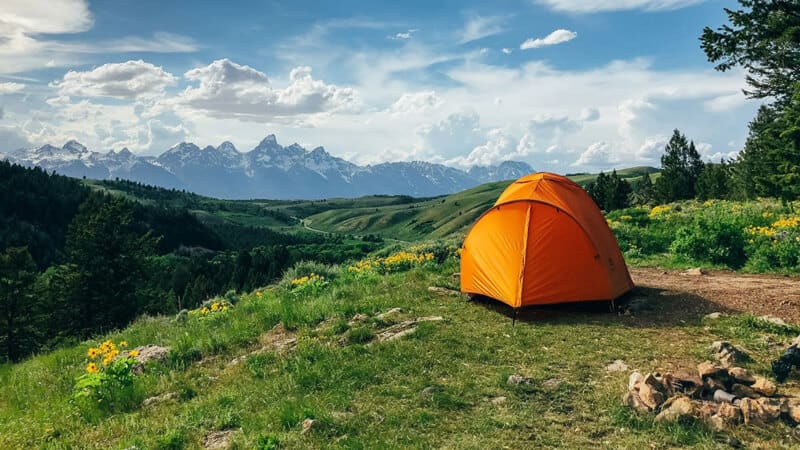 This summer, all seven of the park’s established campgrounds will operate on an advance-reservation system for the first time. As a result, only tent sites are available at Jenny Lake Campground.

However, except for Lizard Creek, the other six campgrounds can accept tents, RVs, and trailers, and all of them (save Lizard Creek) have various connections and dump stations.

Should I Spend More Time In Grand Teton Or Yellowstone?

Yellowstone typically needs more time than Grand Teton. It is a more extensive park with more ground to cover, but it’s also more heavily visited and challenging to navigate than Grand Teton. If you’re looking for some genuinely epic hiking trails in the mountains, you may want some extra time in Grand Teton!

All backcountry skiing necessitates an understanding of moving safely through avalanche areas. Ski targets in the park range from the relatively straightforward 25 Short to steep couloirs on Nez Perce if you have the abilities.

Snake River runs through the park, and anglers travel to fish it. The Snake is noteworthy for its endemic species of trout, the Snake River fine-spotted cutthroat, and is also home to rainbows, browns, and brookies. The park’s lakes are open to fishing, with a Wyoming fishing license.

Non-climbers often set their sights on summiting 13,774-foot Grand Teton, which is possible for those without climbing experience, where the experienced climbers head up Death Canyon.

The Snake River is scenic with Class I–II rapids and is full of deadfalls and snags in Class III–IV whitewater of Snake River Canyon, south of the National Geographic worthy Grand Teton National Parks waters. 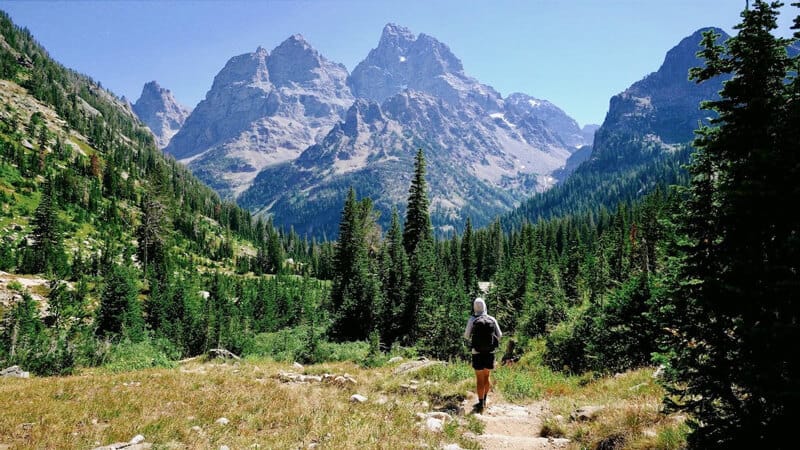 If you want to backpack, you can tackle the 40-mile Teton Crest hiking trails, stretching from Granite Canyon to Paintbrush Canyon in the north. Highlights include Marion Lake, the Death Canyon Shelf, the Alaska Basin, and Schoolroom Glacier. Unfortunately, Taggart Lake Trailhead is closed during the winter for cars.

The best bet for new hikers is the five-mile hike from the Lupine Meadows Trailhead to Surprise and Amphitheater Lakes or the eight miles of trails around Phelps Lake, among others in the Grand Teton National park. (Read Best Tent Camping In Virginia)

What Is The Best Time Of Year To Go to Jackson Hole Wyoming?

The months of April, May, September, and October are the finest months to visit Jackson Hole unless you’re a skier, in which case winter is the ideal time to visit. It also gives you a unique view of the town square that is worth anyone time to visit.

Grand Teton National Park is a magical site to visit in any of the four seasons, as some things are open year-round, albeit with reduced hours. Here’s what you can expect from a visit to the park during each season.

During the cold winters of the deep winter months of November
to March or April, none of the park’s lodges, visitor centers, campgrounds, or restaurants are open.

Instead, the park saves the 14 miles of road, blocks cars, and reserves for classic and skate cross-country skiing from mid-December to mid-March, collaborating with local organizations. Around Bradley and Taggart Lakes.

The Winter season in Wyoming can be brutally cold, with only a set number of days when temperatures don’t rise above zero.

You can expect daytime temperatures in the twenties, typical in the winter, with nights near zero. You can, however, find a Cowboy Christmas at the Spring Creek Ranch. 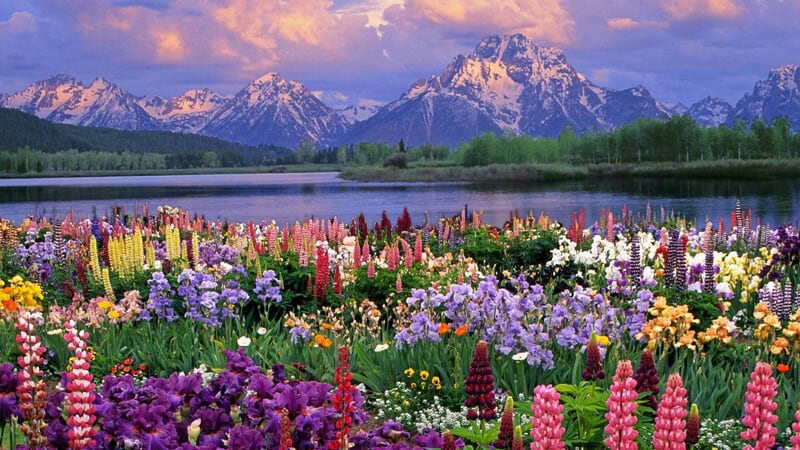 For skiers, cyclists, and grizzly bear watchers, spring is a dream come true. But, unfortunately, everything closed over the winter will remain closed for the rest of the year. Trails that aren’t snow-covered are muddy, and lakes are still frozen.

The Inner Park Loop Road has been open to non-motorized transportation in the weeks between April 1 when the park roads are plowed and reopened to autos since 1977 on May 1.

Pay heed to the National Park Service regarding the grizzlies emerging from their winter hibernation in March.

Spring temperatures are the most changeable of any season, with early-spring highs in the teens and days in the fifties and sixties, with nights around freezing, when the warmer weather arrives in late April and early May to mid-may, take a scenic drive as the first trip around the park.

Until early June to mid-June, the park is still calm, but after that, operating hours increase, and things open again in the front country for the busy summer season.

Early summer in South Jenny Lake is stunning, so it’s no surprise that it’s the park’s most busiest time and most popular attraction.

Although, there are lots of spots to avoid crowds. Wildflowers peak on the valley floor in July at 7,000 and 9,000 feet. Come August, depending on altitudes (9,000-plus feet); you’ll see more.

By July, most of the National Parks’ high-alpine trails are snow-free. Temperatures range from the sixties to the nineties during the day but drop to the thirties and forties at night.

The blossoms have vanished, but so have the crowds. You can often hear Bull elk that hang out near the Snake River just outside the park’s Moose entrance on Teton Park Road.

While new snow is likely at the park’s higher elevations, most treks and backpacking itineraries are still accessible through late September into October. (Read 5 Best Hikes Near Seattle)

Temperatures range from the fifties to the seventies in the day, with most nights in the twenties and thirties. The Grand Teton’s climbing season usually ends as the mild summers start to fade by mid-September (before Independence Day and after Labor Day, it is quieter) and fall colors creep in. 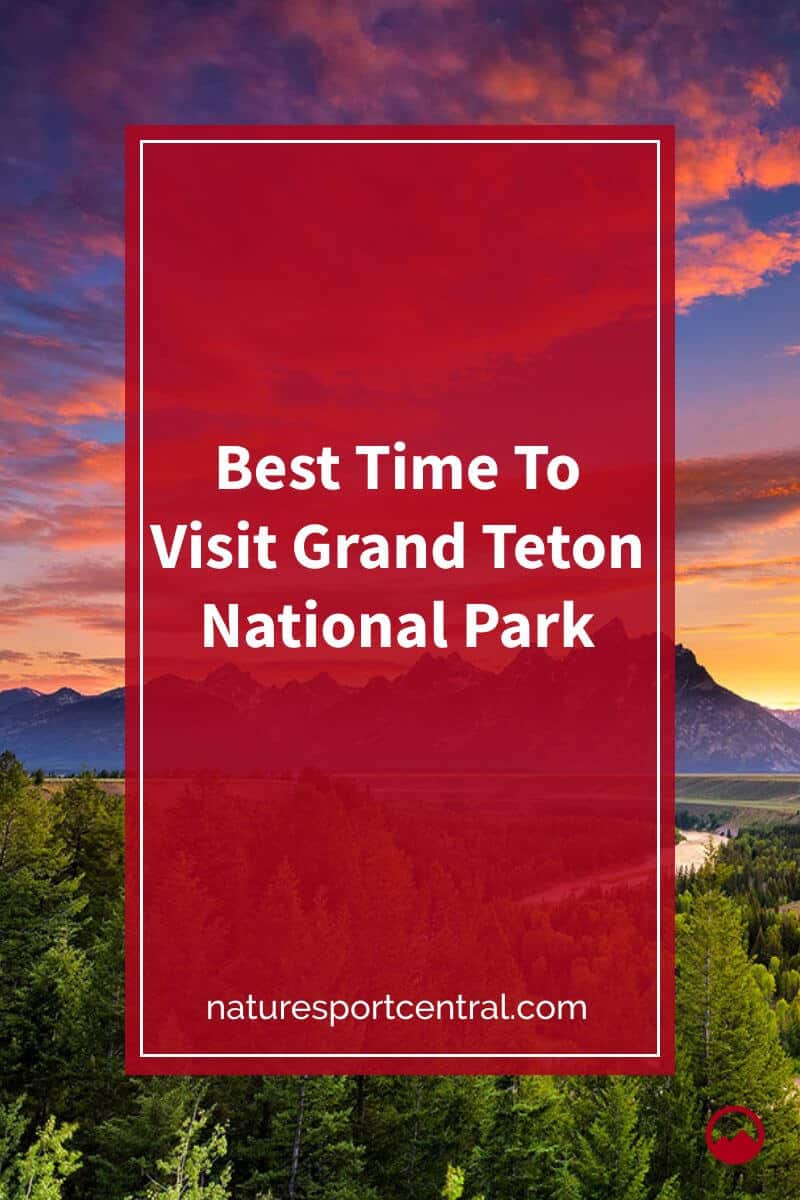