This raw natural beauty is unmatched from lush green woods to snow-capped mountain peaks in America. You can receive a Rocky Mountain High at these places and venture into the Hidden Valley.

The park is already higher than most people are used to, and treks up the mountains get you much higher, so even before you end up ice climbing, you’ll need to take precautions to avoid altitude sickness. 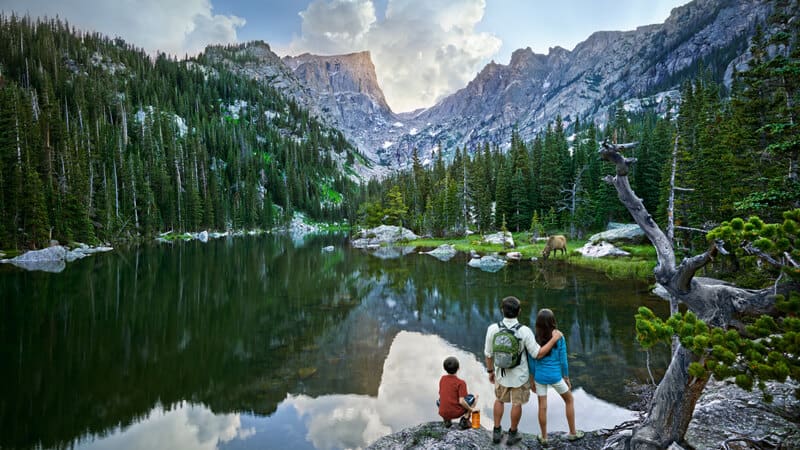 It’s advised to acclimate to the park’s altitude for at least 24 hours before hiking and keep well rested and hydrated. If you have altitude sickness (dizziness, headaches, nausea, and exhaustion), descend quickly.

Sudden changes in weather conditions aren’t the only thing to catch you unaware such as those around the Alpine Visitor center.

In our guide, you can learn more about such things as Elk rutting season, strenuous hikes and how to find fewer crowds in Rocky Mountain park, best time to visit is based on what you want.

By the end, you’ll find you can go any time, but the best time of year to visit Rocky Mountain National Park can leave you with lasting memories. (Read 5 Best Hiking Trails in Colorado)

How Many Days Do You Need at Rocky Mountain National Park?

Spend at least three days in Rocky Mountain National Park if possible. This will allow you to drive Alpine Ridge Road and Old Fall River Road, as well as trek a few of the trails.

The Rockies are known for their hiking, but the park’s many lakes offer superb fishing and boating, as well as mountain biking, horseback riding, and scenic drives and cross country skiing at certain times of the year.

Off-trail hiking is alluring, but it can harm the fragile mountain and tundra ecosystems that the NPS is fighting to protect for future generations. You can see why they offer so many timed entry tickets only, and thus why you need to be cunning in your visit.

Also, keep in mind that it is risky. It’s slippery, and there’s wildlife everywhere. The park is known for its gorgeous roads, but a shuttle from Estes Park into the Rockies. Avoiding traffic and parking will save you time, money and allow you to relax and enjoy the environment.

What Is The Best Month To Visit Estes Park?

Estes Park is a town in the state of Colorado’s northwestern corner. It serves as a gateway to the Rocky Mountain National Park, which is home to elk and bears and kilometers of hiking trails. Driving Trail Ridge Road through the park, rocky peaks, woodlands, and tundra gives another perspective.

Roosevelt National Forest wilderness areas are close by, and the Estes Park Aerial Tramway connects the town to Prospect Mountain’s summit for panoramic views of the valley toward the Grand Lake.

Early June through early September is the most fantastic season to explore Estes Park. Travelers can pleasantly explore the area’s offerings throughout the four months of warm weather, yet still pack your rain jacket.

In short, mid-June to mid-October is the optimum time to explore Rocky Mountain National Park. Most people go on vacation during this time of year since the weather is nice. But the summer months is the busiest time to go.

If you want to avoid the crowds, visit Rocky in the winter. If you plan to go off-road, make sure you understand avalanche safety. Rocky Mountain National Park is always open; however, you should know the weather, snow risks, and navigational challenges. (Read 5 Best Hiking Trails in Georgia) 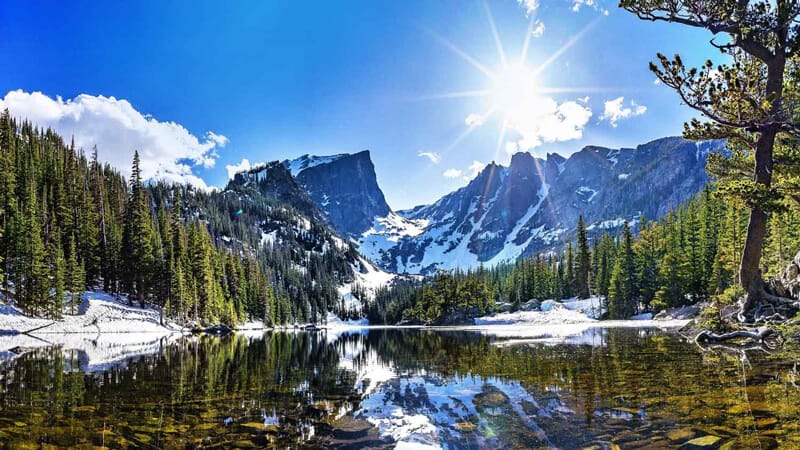 The park is still busy, but this is the least popular season, yet you can discover many things to do in Rocky Mountain National Park in the winter.

The days are short, the winds are strong, and the average highs and lows are in the upper 30s and teens. Snow is widespread, and it usually falls in tremendous storms, which are often not predicted by a weather forecast—the snowiest month is March where avalanche dangers are dangerous.

Late spring and early summer are great times to visit the park.

Here’s what to expect.

On the higher elevation paths, there is still plenty of snow. And depending on the snow year, Trail Ridge Road may or may not be passable.

Hiking is possible, though snowshoes and micro spikes may still be required in some areas of Trail Ridge Road, and you’ll find it the best time of year for big-mountain skiing and snow climbing.

The park is instead packed at this time of year, even when the weather in the spring is often erratic. Expect rain, heavy snowstorms, and it can be snow free as well as warm days in the coming weeks, but still keep your rain gear handy.

The high season for Rocky Mountain National Park is mid to late summer, and here’s why.

It is totally snow free, and the trails are now open, such as Trail Ridge Road. All around, wildflowers are in full bloom and the environment is stunning. You are now at the height of the hiking and rock-climbing seasons.

It is usually sunny in the mornings in summer, and even with afternoon thunderstorms, the park suffers from too many visitors hitting Trail Ridge Road and beyond.

Although these storms are only last about an hour, they can be extremely dangerous if you’re caught above the trees. Every year, lightning strikes the park, resulting in the deaths of several people. The highs will be in the mid-70s, and the lows in the 40s in late June through July and early August.

While the park is still open in the late summer and early fall, these are fantastic seasons to visit. However, be advised that the park will be completely packed with tourists during the peak of the fall colors in Colorado.

The wildflowers have completed their flowering cycle. It will remain green till the end of September where you can still see the peak of the fall colors.

You can also spot the action of the elk rut that takes place from the middle of August through the middle of September, and it provides an incredible opportunity for animal viewing.

During the peak of the fall foliage, the park is packed, and the parking lot will be crammed because of the number of visitors; you can also feel the force of the Alpine Tundra as higher elevation trails encounter snow and strong winds.

Early winter is often cold and dry, with a drab landscape as a backdrop. You may be treated to dustings of snow, which can be lovely. The park closes in part for the winter.

Temperatures are around freezing, and the wind is blowing hard. The snow falls in October, and it typically remains icy and snowy throughout the month.

Expect daytime temperatures to be barely over freezing and nighttime temperatures far lower than that in the winter months. Trail Ridge Road is likely closed as there will be snow in the oncoming winter wonderland. 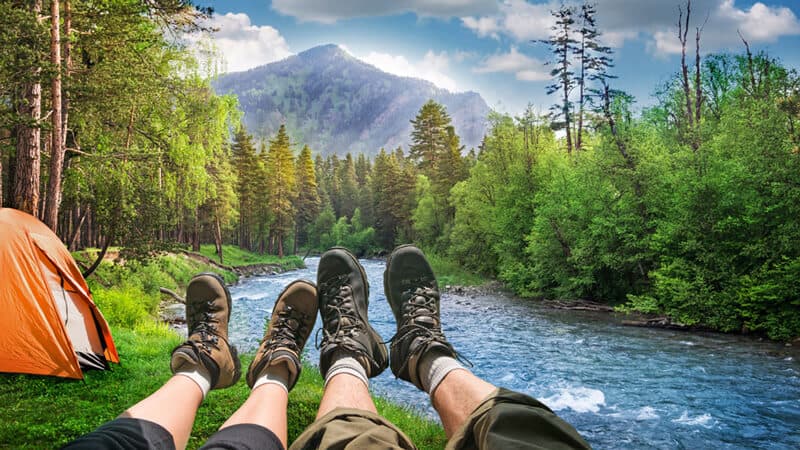 The good weather in Rocky Mountain is July.

Even at higher elevations, the typical daytime temperature in July is between 70oF and 85oF, making for pleasant circumstances. In Rocky Mountain National Park, however, storms and inclement weather can occur at any time of year. Higher elevations bring afternoon thunderstorms and even mid-summer snowstorms.

All of the park’s campgrounds are open during the summer and early fall, and the camping season is in full force. During this time, apply for a wilderness permit for backcountry campsites like those at Fern Lake. Because camping at Rocky Mountain National Park is quite popular, book your campsite at least six months in advance.

The park’s snow melt is at its most intense in late spring and early summer. As a result, whitewater rafting conditions for paddlers at all ages are ideal.

Because of the lower water levels, August and September are also great months to go rafting if you’re new to rafting or prefer to stick to smaller rivers.

When to Avoid Crowds

Many of the park’s pathways are still covered in snow throughout the spring months of April and May. Because spring is Rocky Mountain’s shoulder season, visitor numbers are low. Low-elevation walks, such as the Emerald Lake and Bierstadt Lake trails, are recommended.

Rocky Mountain National Park is one of the most visited parks in the United States, with over 4 million people each year. Summer months until October (Memorial Day) are the busiest seasons.

June to August are the busiest months, with July and August seeing the most visitors. After Labor Day weekend in mid-September, it thins out throughout the week, but not on weekends.

All National Parks and in particular the Rocky Mountain’s trails are free to visit then, therefore RMNP will be incredibly crowded on this weekend, and the National Park Service overworked. Visiting at the middle of September offers fewer visitors, and the annual elk rut, and beautiful fall season temps. (Read The 5 Best Yosemite Hiking Trails)

Avoid weekends and go early in the morning from July to September to avoid crowds. Arrive between 7 and 8 a.m. during busy months to secure a parking spot. After 9 a.m., it usually gets busier. Particularly popular entrances, such as Estes Park, and trailheads, such as Bear Lake Trail, are quite crowded.

West Side vs. East Side: The west side (Grand Lake) is less congested than the east side (Estes Park Entrance).

Whatever the month, season, or point of entry: Get out on a path or onto the parks curve as soon as possible, hike a few miles away from the crowded spots on lower elevations, and you won’t see many other people. 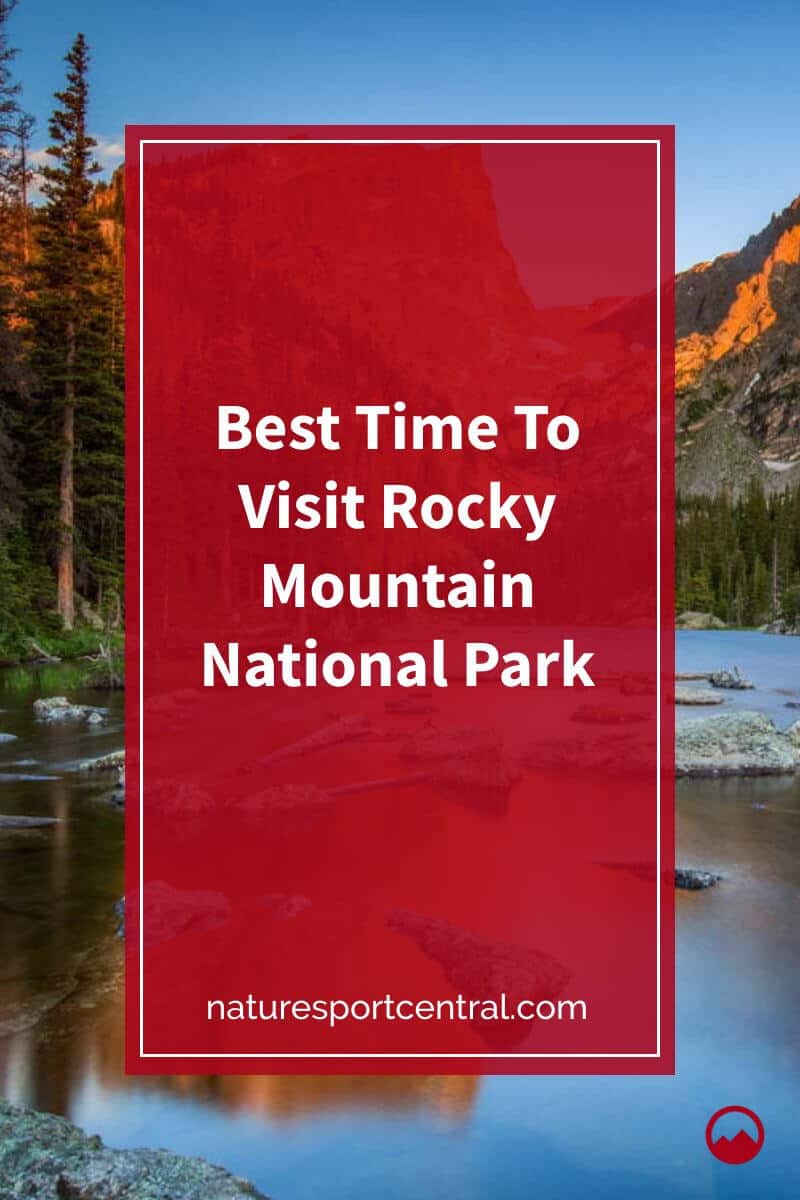