The months of July and August are ideal for visiting Olympic National Park as it is these times, you get the most pleasant weather.

The weather is normally pleasant during the day, with temperatures in the mid-70s, all roads (limited public transportation), and park facilities are open, so you can see why the peak season for tourists is in the summer.

Preventing deforestation in the temperate Hoh Rainforest is a significant factor for preserving land on the Olympic Peninsula.

With the HOH rainforest weather, the region encounters an average of 150 inches of rain. The average rainfall in July and August is significantly lower than in other months. However, packing your rain gear can be wise.

Winter months and the off-season are long, and snow can linger at the highest elevations, yet you can get a unique look at the HOH rain forest without the high temperatures. 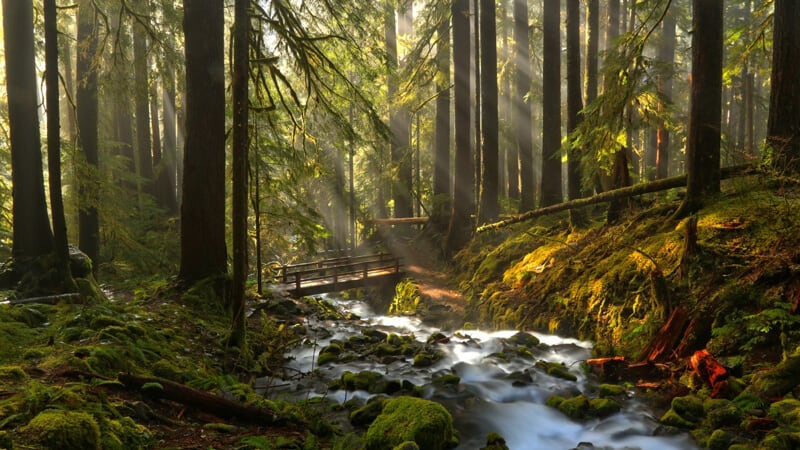 After reading our guide on the Olympic National park, best time to visit can be made apparent based on your trip requirements.

If you want to be remote, you’ll find the closest major airport is Seattle Tacoma International airport, and from there, you need to make your own way into the region that has almost non-existent phone coverage. (Read 5 Best Hiking Trails in Oregon)

When Should I Go to Olympic National Park?

The first thing to remember is that Hurricane Ridge Road is closed during the winter on all days except Friday through Sunday and holidays that fall on Mondays.

Hurricane Ridge provides convenient access to the Olympic Range and is one of the park’s most popular destinations, so plan your visit appropriately.

Second, keep in mind the crowds; the summer is the busiest time of year, and the crowds tend to thin out in the fall. Finally, and maybe most crucially, examine the weather.

Because the rainforest settings of Olympic National Park can receive up to 140 inches of rain each year, you’ll want to travel during a season when you’ll be able to see everything you want to see.

The weather at Olympic National Park can change dramatically, especially as you go from one place to another. The current weather for Hurricane Ridge, the Quinault Rainforest, and Rialto Beach can be found here. 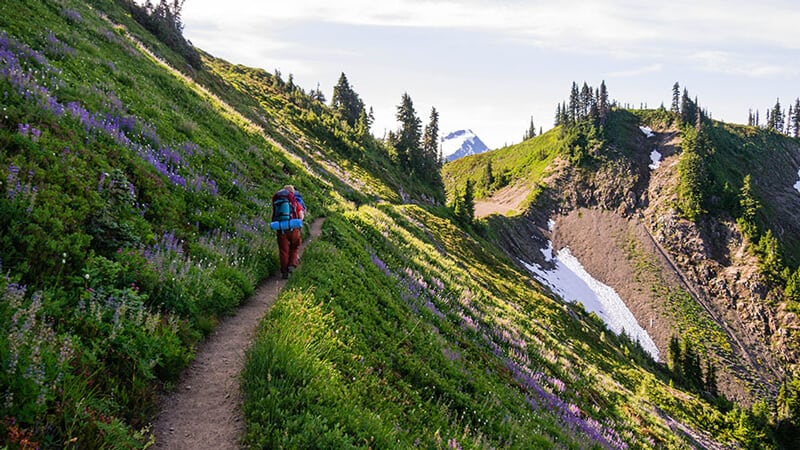 Is September A Good Time To Visit Olympic National Park?

The most fantastic experience when hiking in Olympic National Park can be the spring and summer when the weather is the most pleasant. However, snow can appear in the high country as early as September, so if you want to go up in the Olympic Range, plan your vacation for the spring or summer.

Expect to wait to get into parking lots, especially at Ruby Beach, Port Angeles, and Rialto Beach in the summer months. Before embarking on any path, check the hiking trails condition to see how the weather affects the route.

Olympic National Park has nearly 600 miles of trails, so there’s something for everyone, if the weather permits. Trails range in difficulty from in the lower elevations to steeper for highly difficult, so no matter what your level of expertise or ability, you’ll be able to find one that suits you.

A guided day trek is recommended, where a local and expert guide will take you on the finest of the best and share their knowledge of the region’s wildlife, geology, and cultural history.

Summer is the most excellent time to backpack in the Olympic Peninsula because it is the driest season of the year, and most of the snow from higher elevations has melted.

Trails in the high country are usually available by May or June, and routes through the rainforest are especially lusher after a wet spring.

In the summer, it’s also wonderful because it’s warm during the day and cools at night, making it ideal for sleeping under the stars. (Read 5 Best Hiking Trails in Ohio)

Here are some suggestions for summer visits:

Is October A Good Time To Visit Olympic National Park?

Here are a few things you will find at this time of year. 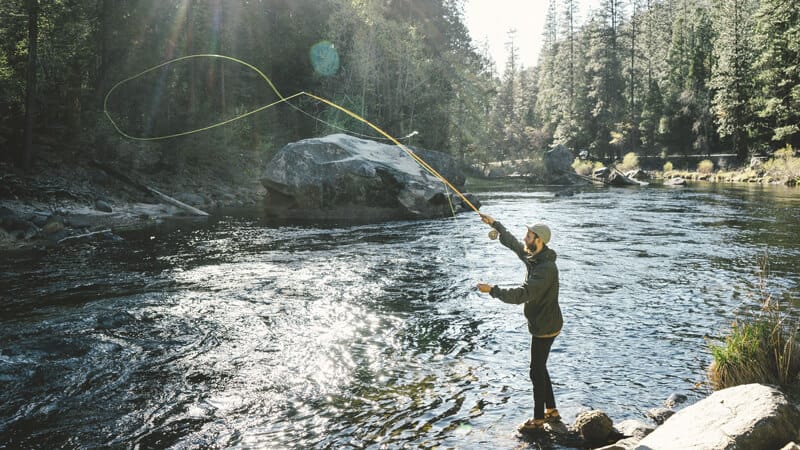 Thousands of years ago, Lake Crescent was formed by a landslide and hosts two distinct kinds of trout: Crescenti and Beardslee. Spring and summer are the best times to fish here. The Elwha River was recently restored to its natural state, with both dams removed by 2004.

If you want to fish the park’s rainforest, you’ll catch Winter steelhead. Winter steelhead are best caught in the spring. Waiting until spring allows the water to warm and the fish to become more aggressive.

Lake Ozette and Lake Crescent are perfect for stillwater kayaking, canoeing, or paddleboarding.

Boating is most fantastic from late spring with warmer temperatures until early October. However, precipitation has diminished by late spring, and the weather is mild during the day.

The temperature can vary by 10 to 20 degrees between the coast and the mountains. If you want to go on a multi-day canoe or kayak journey, you can get wilderness permits and camp along the coast and beneath the mountains. Lake Crescent also rents kayaks, canoes, and SUPs. 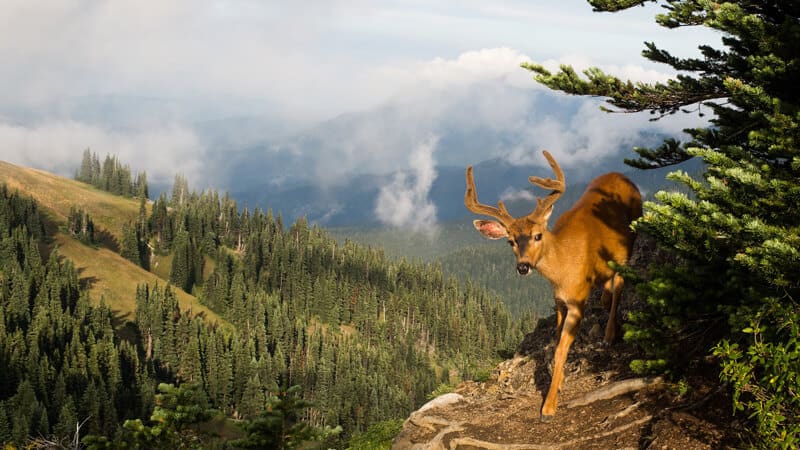 Olympic National Park has 56 animal species and nearly 300 bird species. When and where you visit the park impacts the wildlife, you can see. The best times to see wildlife on the Olympic Peninsula are listed below:

The Olympic Coast is a fantastic place to see whale migration in the spring and summer (October-November). Kalaloch, Rialto, and Shi Shi Beach are great places to see whales. Listed here are species you may observe to see them migrate when standing on the beaches of La Push or the others where they pass. (Read The Best Tent Camping In Arizona)

You have easy access and little trouble spotting the following on dry land.

As the days become longer and the snow melts and Olympic National park wildflowers are in blossom. Flowers will continue to bloom as long as the soil remains moist, and Hurricane Ridge, with an altitude of just over 5000 feet, sees peak blooms as early as the end of June.

However, because seasonal average temperature influence snowfall and snowmelt, the peak wildflower season fluctuates from year to year.

Many natural berries ripen in the lowlands during the summer, attracting Olympic rainforest creatures, particularly birds. And photographers often visit the Olympic National Park between mid-July and mid-September because of the park’s consistently sunny weather.

On Elwha River hiking and dam removal trips, you can learn more about the world’s most significant river rehabilitation efforts.

No journey to Olympic National Park is complete without seeing these iconic rainforest animals. En route to the Hoh Rainforest, you’ll see Roosevelt Elk against a backdrop of gorgeous Big-Leaf and Vine Maples.

Snow rarely arrives until October, so fall is a terrific season to explore the high country. Black Bears and other species in Olympic National Park will continue to forage in the mountains as long as the food is available.

Aside from wildlife observation, the best time for exploring Olympic National Park’s mountains is the fall. Uncommon birds, including Golden Eagle, Merlin, Red-breasted Sapsucker, and Western Meadowlark, can be seen regularly from late August to early October.

In the fall, and the rainy season, when the humidity rises, iconic Olympic National Park rainforest species like Banana Slugs, snails, and amphibians cross pathways again.

This is when the ultra-green temperate rainforest comes alive, if you are around Fairholme Campground at Crescent Lake and Three Rivers Resort near La Push, you can check the area with less driving on your trip.

Winter is a great time to see rainforest moss and lichen. Also, Roosevelt Elk are active all year and can be seen foraging in the lowlands of Olympic National Park. 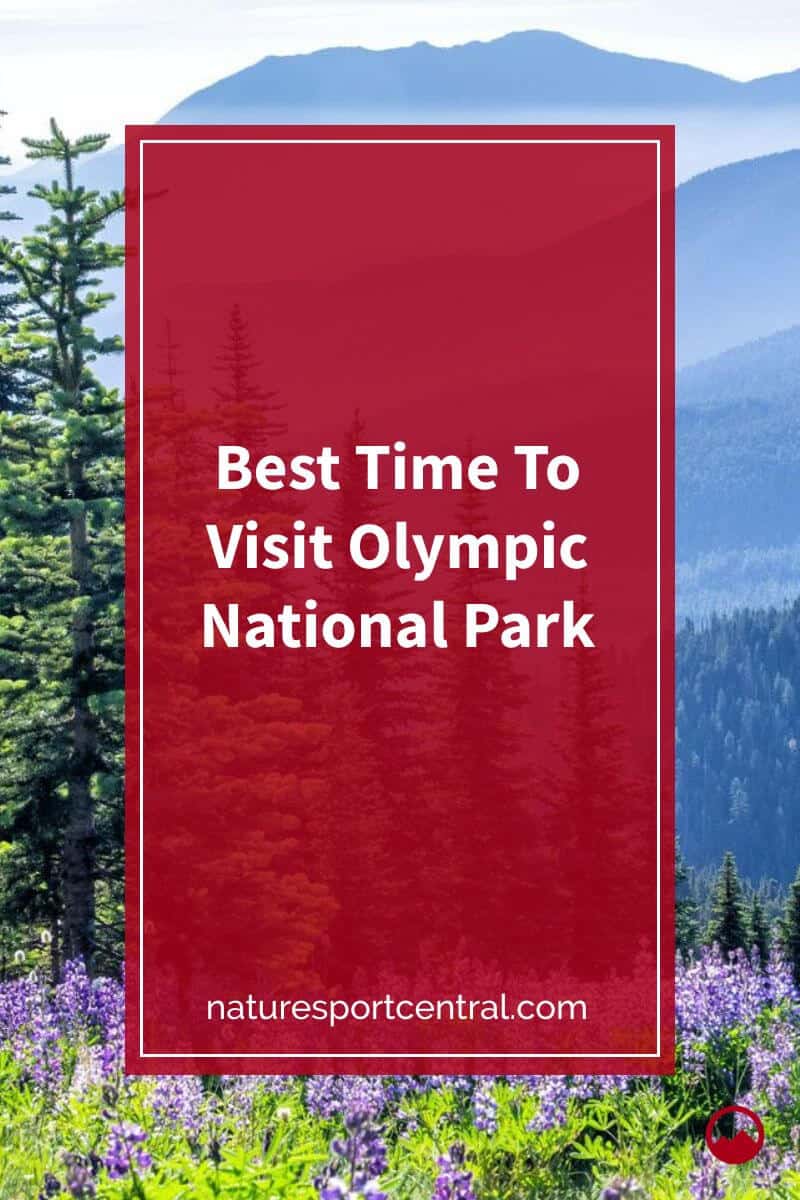