When you are out hunting, there are certain places you should, and shouldn’t shoot deer. Deer shot placement can differentiate between a clean kill or wounding an animal that will run off into the woods.

When you are new to shooting, you may be unsure where the best place is to aim and where to shoot should the deer face straight on or face away from you.

In our guide, you can learn the best regions on the deer to aim, and by the end, you’ll know more about a quartering away shot or wait for a better angle. (Find the Best Shooting Glasses) 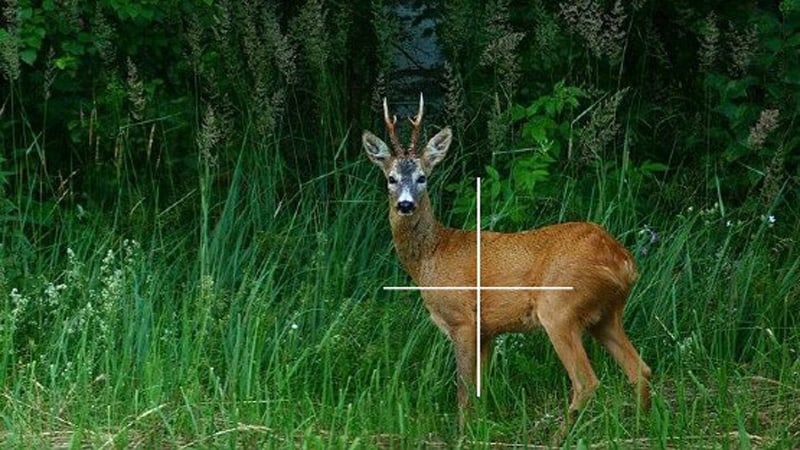 How Far from a House Do You Have to Be to Shoot a Deer?

Deer hunting can take place in many areas, and some closer to civilization than you may realize. Even if you are on private land, there are rules in place where you can shoot a deer.

It doesn’t matter if you have a clear shot and you can hit a large target on the aiming point; you have to consider anyone who may be on the property.

The best place to shoot a deer in such situations is above 150 yards away from any occupied dwelling if there is no explicit consent from the occupant.

Besides this, you will need to make sure it isn’t illegal to discharge firearms in such an area. You don’t want to find shooting in such restricted areas lands you in trouble, or you injure someone by accident.

Where to Shoot a Deer That is Facing You?

You can quickly discover, it’s not too common for hunters to face a deer straight on and shoot it. Because of this, you find new hunters asking, “where to shoot a deer facing you?”

In most cases, more experienced hunters will tell you not to shoot. Head-on shots are challenging as the aim point is very small, and it is almost impossible to hit vital organs reliably.

If there is no choice, and you need to shoot, then here is a rundown of the areas you could aim for.

You only have 3 vital areas to aim at the chest, neck, and brain. The chest and neck shots are what you should focus on while brain shots require serious consideration.

Most successful front-facing shots were when hunters aimed for the chest cavity. While a deer chest is large, the size you aim for will be a bit larger than a baseball on your buck’s chest.

If you can hit this area, it is possible to bring the animal down, particularly if your bullet has enough power to reach the heart, lungs, or another vital area.

Shooting a deer in the neck is possible as long as you are accurate. Inside the neck is the animal’s spinal cord, and this is responsible for the entire nervous system. The issue here is the neck is even smaller than the chest.

Aiming for the neck could be the best option, and as bullets drop toward the end of the shot, the chances the bullet will hit the chest are higher.

Brain shots are the most challenging as it is such a small target, though the deadliest of shots. Experts can suggest aiming for the brain as it is possible to bring a deer down with one shot. A head shot isn’t recommended in most cases, and you can find many hunters won’t take this shot. (Find the Best Crossbow for Deer Hunting) 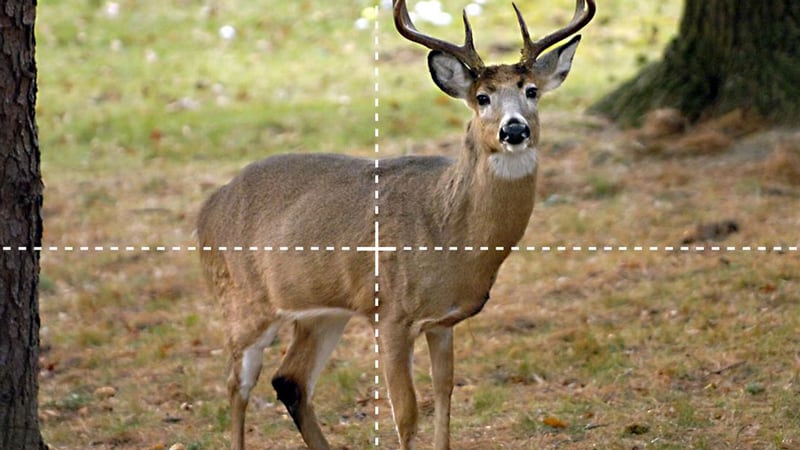 How Big is the Kill Zone on a Deer?

When hunting, shooting the broadside deer is the most effective. With the deer standing broadside, all the vital organs are exposed, including lungs, chest, heart, and easy to aim for as this angle makes the deer vulnerable.

Unfortunately, a broadside shot isn’t always possible, leaving you with one follow up position. You can find the deer quartering away from you is the next best option. You can still make a lethal shot even though it is more challenging.

In total, you will find the deer kill zone size is around 8 to 9 inches in diameter. It is however measured from the broadside because it changes in size when from other angles or heights.

A quartering-away shot is when the target faces away yet at a slight angle.

Bows: If using a bow, your quartering-away shot angle presents a good opportunity for a clean kill on medium-sized animals such as a Whitetail deer or something of a similar size.

It isn’t very good with a bow on large game as they have large stomachs which block shots to the heart/lungs and more.

When hunting, there is more to shot placement than just being a good marksman. It may look good to be able to pull off a neck shot, yet you could be following a blood trail to put the animal out of its misery.

If you can’t aim for the heart, the double shoulder shot can be an effective way to bring an animal down.

All this is besides if you don’t have a broadside shot as that is the preferred angle. A Whitetail quartering toward you is a small target as the deer’s body isn’t that wide and offer little to aim at. It will be hard to hit a deer on the high shoulder when you can hardly see the side of the animal.

It is far better to wait for a better shot. While it sounds obvious, all this is far more challenging with an arrow than with a rifle as some of the shots then won’t have an impact.

A shot deer that is dead is a good day for a hunter, yet a shot deer that runs off can take the excitement out of your day. (Read our Deer Hunting Checklist) 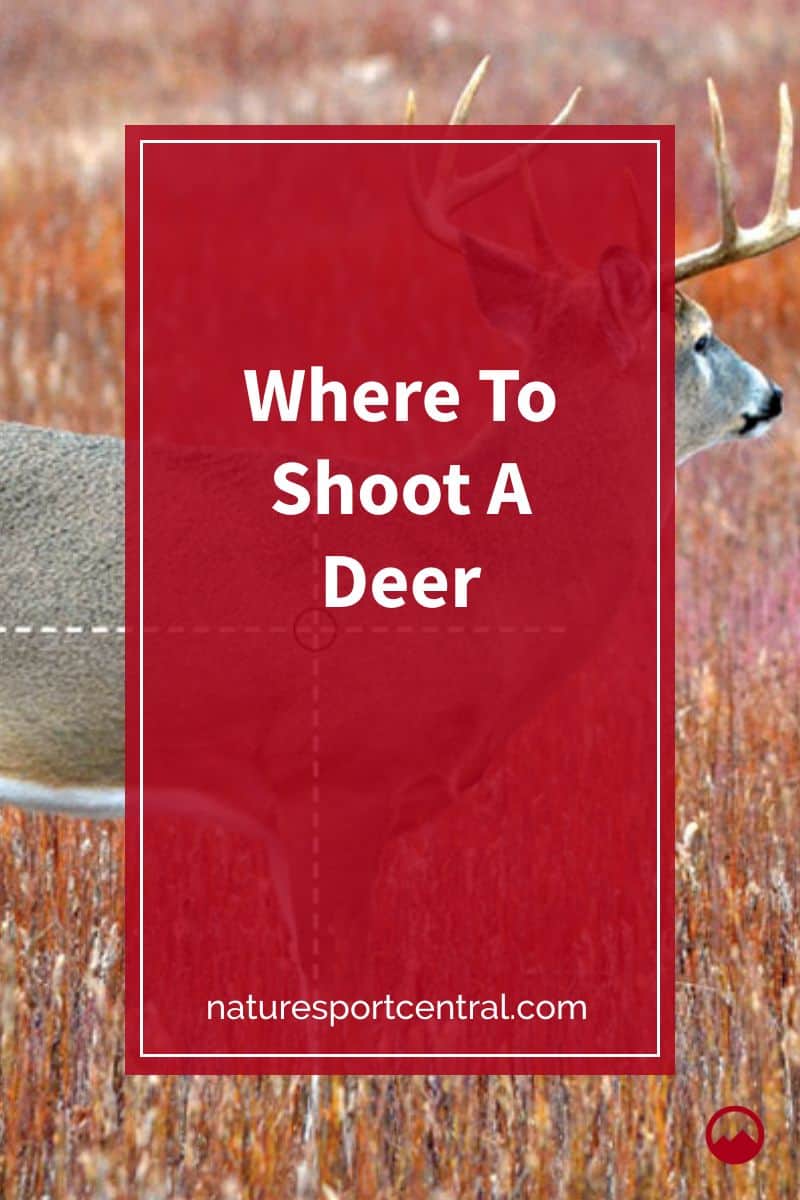