While bears have been around for quite some time, it was thanks to Theodore Roosevelt where the term ‘Teddy bear’ came from.

From a hunting trip where he refused to shoot a bear. It led on to a cartoon of the escapade, and from there the first stuffed toy was made.

From then, there have been many popular bears in history, both real and fictional bears. 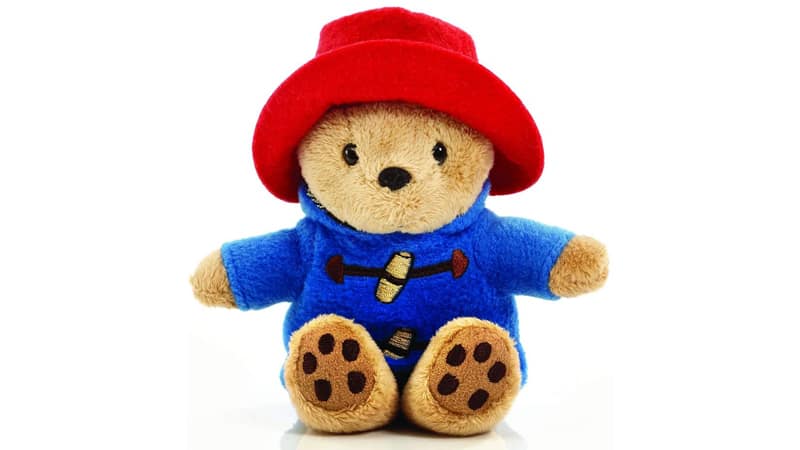 In 1956, author Michael Bond was huddling close to a toy store near Paddington Station because of bad snowy weather. While glancing in the window, he spotted a single teddy sitting alone on the shelf.

He purchased the bear for his wife, and from there he sat down and wrote the first-ever Paddington Bear story in ten days.

Millions have loved the stories of the marmalade-loving, duffel-coated, bear from the depths of Peru. 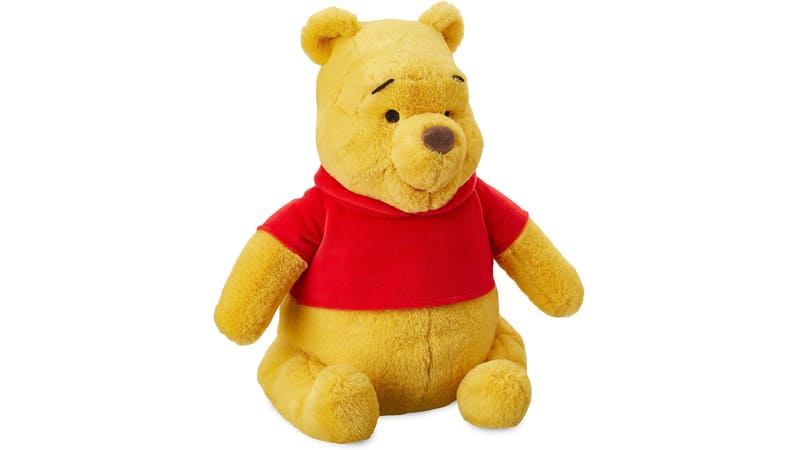 The story of Winnie-the-Pooh began in the 1920s. AA Milne, a famous author, started writing stories to amuse his son Christopher Robin. In reality, the famous bear was real and moved to London Zoo in WWI.

The young boy who took a liking to the bear created the name Winnie, and from there, it became the subject of his father’s books. 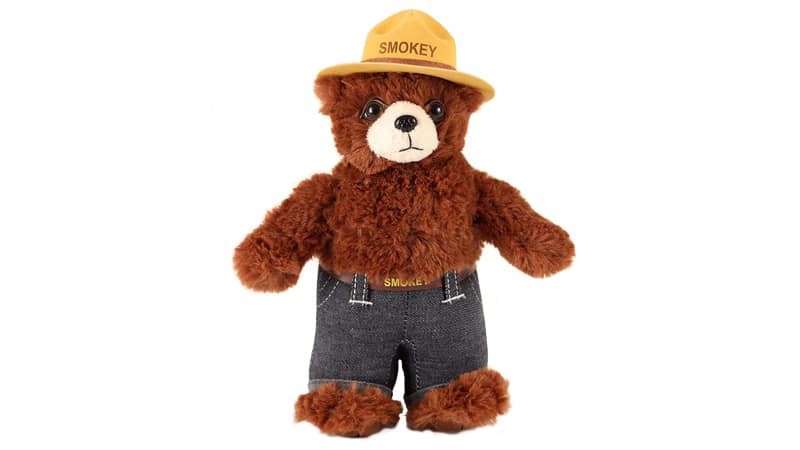 A Smokey Bear cartoon was first created in 1944 as a means of educating the American public about forest fires.

In 1950, an American black bear was rescued from a fire in the Capitan Mountains. The paws of the bear cub were singed, and he took on the original name of ‘Hotfoot teddy,’ although the name was changed to fall in line with the cartoon bear mascot. 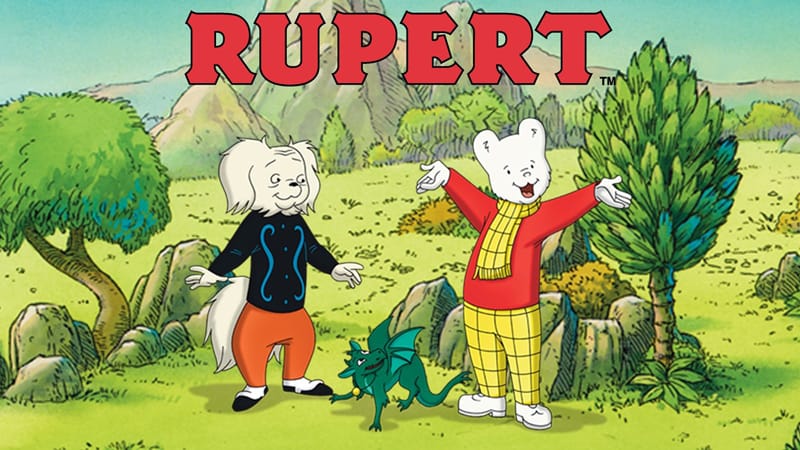 Rupert was a friendly cartoon bear. He was always well-dressed in tartan pants, red sweater, and a scarf. Artist Mary Tourtel created Rupert where he first appeared in the Daily Express in 1920.

She initially drew him as a brown bear, although to save on printing, they changed the color to white.

Stories are still going, and each one begins in the village of Nutwood, where his mother asks him to run an errand. Along with his best friend Bill Badger, things quickly turn magical, even if he arrives home for dinner on time. 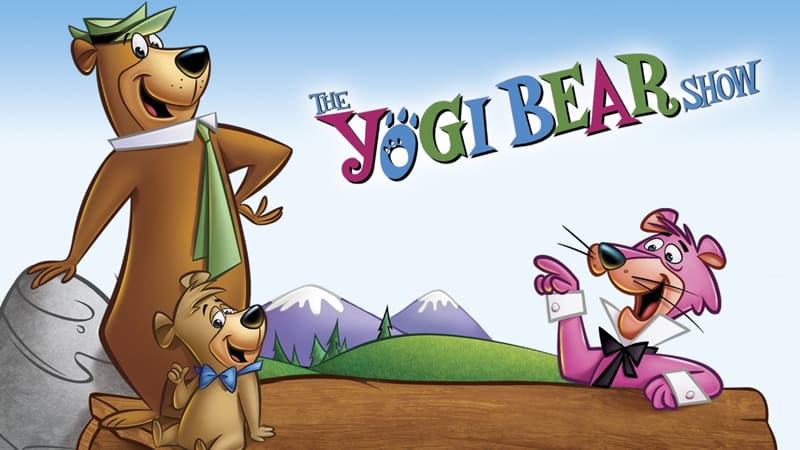 Yogi Bear made his debut on an episode of ‘The Huckleberry Hound’ Show in 1958.

From then the cartoon bear created by Hanna Barbera became a star in his own right. Oozing with confidence and tailed by his good friend Boo-Boo, they made their way around Jellystone Park. In the hunt for picnic baskets, Ranger Smith continually hunted the pair of cartoon bears. 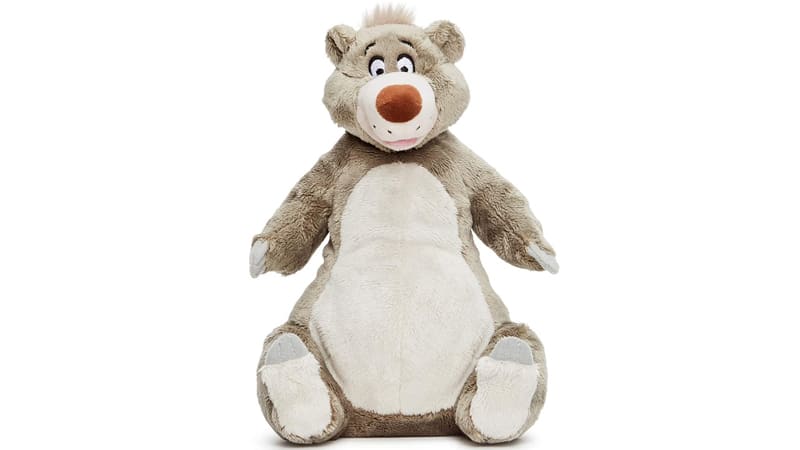 In 1894, author Rudyard Kipling came up with the story, ‘The Jungle Book.’ Mowgli, the boy in the story, was given moral teachings from a bear named Baloo (bhalu – Hindi word for bear), who was most likely a sloth bear.

In the Disney movie in 1967, Baloo turned to gray from brown, and his stern demeanour changed to something more light-hearted as the character had the voice of Phil Harris, a wise-cracking bandleader. From there, we had one of the most famous bear names in movies. 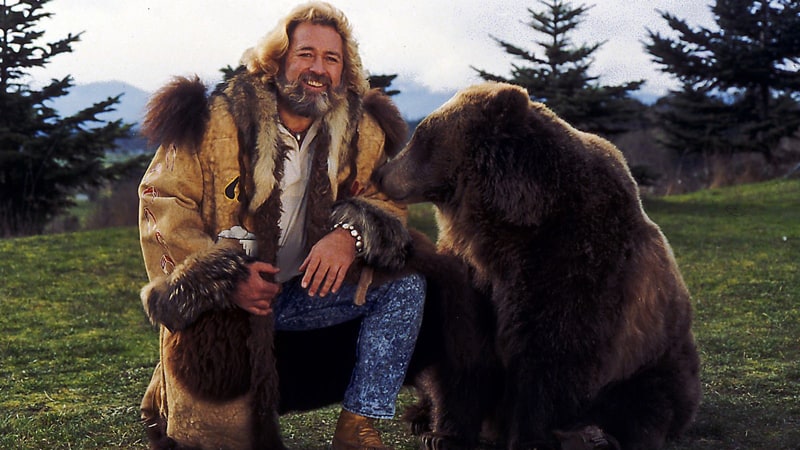 You may not recognize the name as one of the most famous bear names, yet Bozo did play a significant part in The Life and Times of Grizzly Adams.

Playing the part of Ben the Bear, the live-action series of the Life and Times of Grizzly Adams (Dan Haggerty) is the only real bear on to star in a show on this list.

The series came from a novel, which was based on real events of Grizzly and his faithful bear Ben Franklin.

While this list has some of the most famous, there are many others, which have been around over the years.

Here are some of the lesser-known teddy bears which you may have heard of at some stage.

Corduroy – An adorable cartoon bear from children’s books. He roams around a department store searching for a new button.

The Care Bears – A group of bears such as the Sweet Dreams Bear, Birthday Bear and many others.

The Berenstain Bears – a Children’s franchise that began in 1962. The books reach over 300 titles, there have been TV shows, and countless other things adorned with the family of bears. Many of the tales are based on an instruction from Papa bear on the art of living.

Po – Maybe the only bear (Panda) to know Kung Fu.

Lots-o’-Huggin’ Bear – While most cartoon bears names relate to cuddly characters, Lots-O turned out to be a villain in Toy Story 3 in the Sunnyside Daycare center.

Iorek Byrnison – Of recent years, this could be one of the most popular bear characters to emerge. Unlike most other bears, the name gives nothing away.

Iorek is a Panserbjørn. Alternatively, what we know as a polar bear, which comes with armor plating. In the trilogy from author Philip Pullman, the hero Lyra Belacqua saves the bear from human enslavement. (Read the Best Fishing TV Shows)

Although we saw plenty from this bear in the TV series, His Dark Materials, he was first seen in the 2007 movie The Golden Compass.

Fozzie – The bear we know as the good friend of Kermit from the Muppets. The wisecracking character quickly became one of the major characters. Unfortunately, he was always the butt of Statler and Waldorf’s heckling from the balcony. 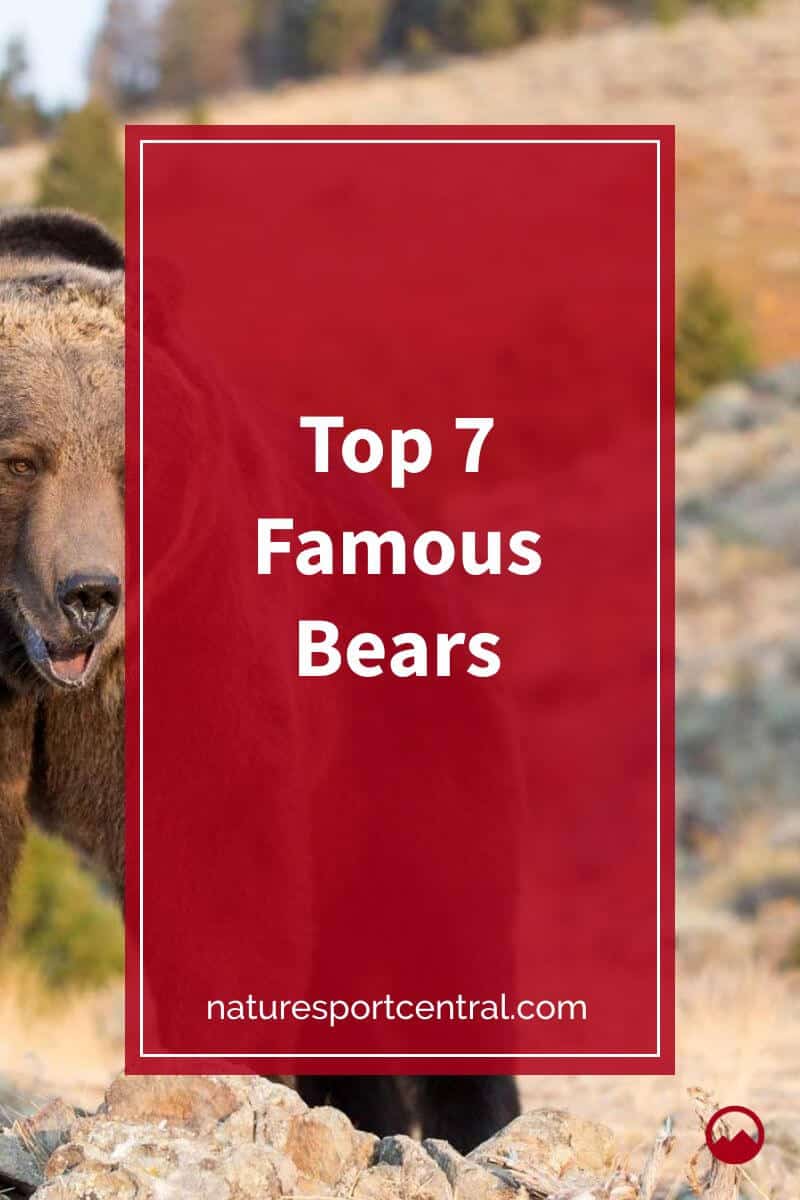