Small game bow hunting refers to smaller animals that are hunted for sport or meat. In these groups can be birds, mammals, amphibians, and reptiles are examples. 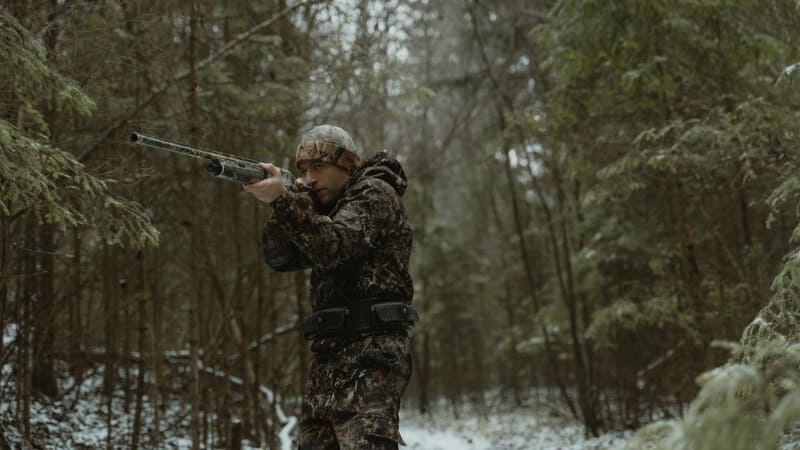 For big game, you have antelope, mountain goat, bear, bison, and wolves that go along with members of the deer family like elk, caribou, and moose. (Read Hunting for Beginners)

In our guide, you can learn more about recurve bow hunting small game and other information. By the end, you’ll have a better understanding of your small game hunting gear and how to hunt small game easily and legally.

What is Considered Small Game Hunting?

Should you purchase a small or large game license? This may perplex if you’re new to hunting. What is the difference between small game and big game, and what license do you need for each type of small game?

Small game includes birds, mammals, amphibians, and reptiles and is defined as smaller species hunted for sport or meat.

Small game is included in another species of game that you can hunt. Small game hunting with bow isn’t always available or permitted to hunt in particular locations.

To be certain about what you can find to hunt and what cannot hunt, contact your local Fish and Wildlife division for the most up-to-date hunting rules. (Read Do You Need A Permit To Own A Crossbow) 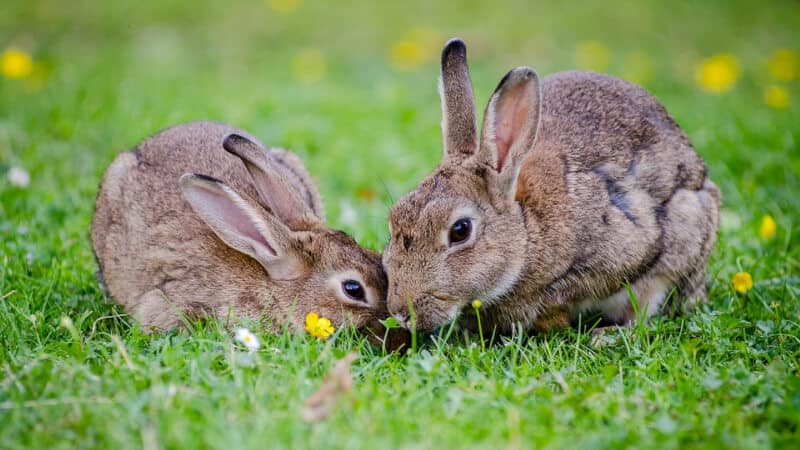 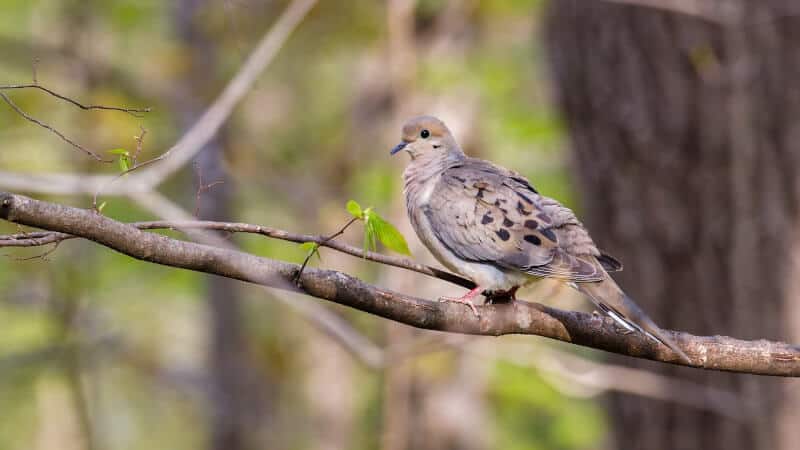 The above is the basic small game animals small game hunters can hunt in the United States. However, the species and small game hunting with a bow can vary state to state, and in some areas, some species can be prohibited. Check regulations before you set off hunting the best small game in your area.

Deer hunting gets lots of attention throughout the hunting season and leads hunters to spend lots of money and effort chasing deer. However, small game hunting still offers huge rewards and can still add various meat to your table and freezer.

A few years ago, rabbit hunting sat in the top spot for the most popular small game animal. Squirrel hunting and quail hunting came a close second and third. Many aspiring young hunters and old-school hunters venture out to fields and forests for small game hunting action.

For some, it offers the chance to add variety to food on the table, and for others, it offers the opportunity to get outdoors and improve their hunting skills.

Small game hunting may sit behind deer hunting in popularity, but it can offer plenty of shooting action, tasty meat, and lots of fun.

Many Wildlife Management Areas limit hunting as a means of conservation and to protect certain species. However, there is some wildlife where hunting is allowed without limitation to the public where such animals can cause land harm and grow in population.

If you consider quail as your chosen quarry, some public lands like WMAs and national forests have a healthy wild quail population, and most quail hunting is done with release birds on such preserves. Luckily, it isn’t too challenging to locate quail hunting preserves as it is to locate others that offer hunting for pheasants and wild hogs.

Chasing Rabbits used to be the top game species where hunters would release a couple of dogs on a small farm. Nowadays, rabbits are overstocked and can be a nuisance to farmers.

It is possible to use dogs still to push from hiding that wary rabbit; arrows are often the weapon of choice as archery rabbit hunting presents more of a challenge for skillful shooting practice.

Many deer hunting areas are habitat to countless rabbits and are ideal to pick up a few rabbits once the deer season closes. Watching dogs work thick patches of the brush is a significant part of small game hunting. Shotguns are often the choice for rabbit hunters, yet the numbers of bows and archery gear increase to take a rabbit down on a farm habitat.

Using a small dog, you can take part in a late-season hunt for squirrels. Dogs can tree a squirrel, which is great for small game hunting squirrels and help keep the number down, yet stalk and hunt are more of a challenge. (Read Our Excalibur Axiom Review)

A standard .22 caliber rifle is the gun of choice for late-season squirrels in trees, yet bows are often used.

When Can You Hunt Small Game in Ontario?

Ontario is divided into various Wildlife Management Unit, and each can have different dates set out for when you can hunt.

Here is a quick look at the common small game and when you can hunt.

Partridge and Pheasant: Ranges from September 15 to the last day of February for Pheasant and December 31 for partridge. Some pheasant can end on 31 December based on wild game WMU.

Many game species have daily hunting limits you need to keep to. Even if the wild game is pheasant, grouse, rabbits, or squirrel, shooting numbers are restricted for habitat conservation.

How Old Do You Have To Be to Hunt Small Game in NY?

In Upstate counties that opt-in to take part, a clause in New York’s 2021-22 budget permits adolescents ages 12 and 13 to hunt deer with a firearm or crossbow under the supervision of an experienced adult hunter.

According to the commissioner of the New York State Department of Environmental Conservation, the unique opportunity allows experienced adult hunters to teach the next generation about the significance of life in the thick brush, hunting, and living the open outdoor life.

Youths aged 12 and 13 in New York have been allowed to hunt deer and bear archery equipment and small game with rifles for nearly two decades. New York had been the only state that prohibited 12- and 13-year-olds from hunting big game with a rifle until today.

Environmental Conservation Law 11-0935 is temporary legislation that will lower the age in a trial program until 2023, and it includes the following provisions:

With this, it could be the first time a youth heads off into the open to hunt with full permission. It offers a million kids the chance to learn about the land and how the lands affect everything in the state.

Adults can take the younger generation and offer them many small game bow archery tips in the habitat they will be used rather than on a range and a target with the hunting season.

Once they embrace these small game bow hunting tips, it means they are better suited to fire their weapon and hunt wild turkey, grouse, or plain rabbits without wasting a shot or finding they fir a shot that could harm someone. 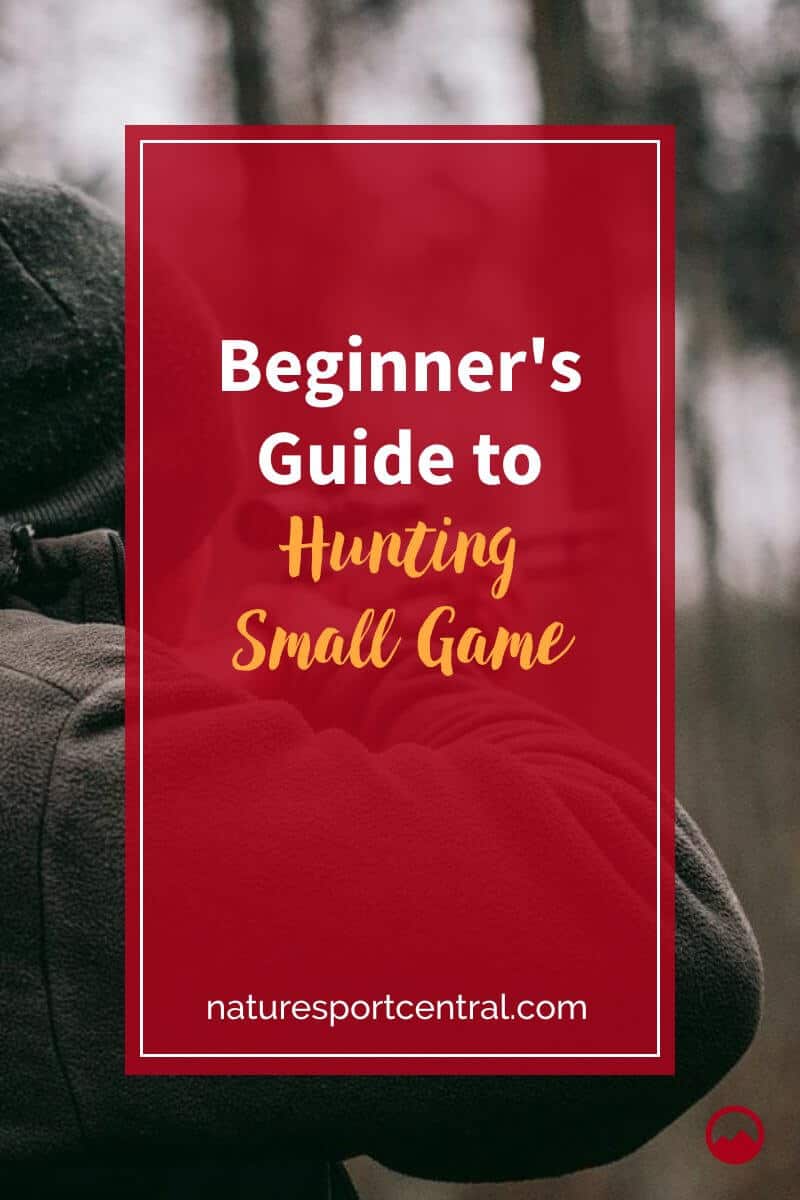