It’s no pleasure finding a tick creeping through your pet’s fur or clinging to its skin even after you have disinfected your dog kennels.

Discovering a tick on your skin can be an even worse sight, especially if you are at home and you don’t know where they come from.

Ticks have to feed on blood to survive in three out of four life cycle phases. A Blacklegged tick (also known as a deer tick) and Western blacklegged ticks are notorious for transferring Lyme disease and other illnesses to human hosts.

When Lyme disease is left untreated in people, it can have catastrophic implications, resulting in secondary infections and symptoms that can take weeks or months to resolve. 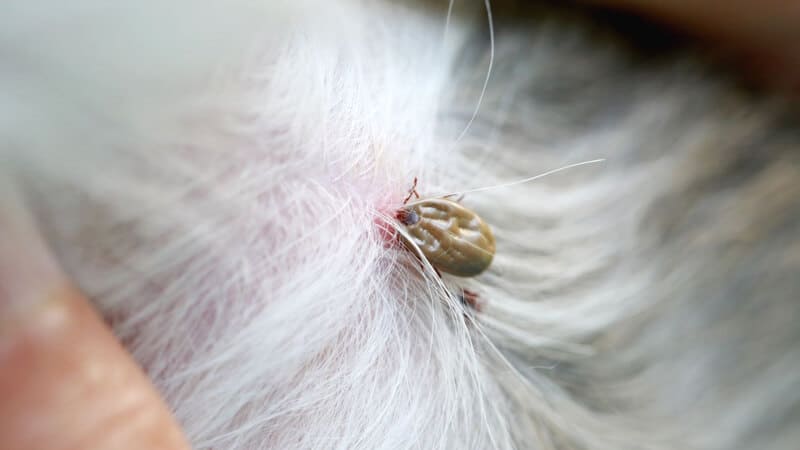 Rocky Mountain spotted fever, which has symptoms like Lyme disease, is another potentially severe disease that ticks can transmit to humans.

Most ticks can be found in low-lying vegetation, which is ideal for them to jump to dogs or your legs as you go hiking, where you carry them with you. On your clothes, ticks can survive your washing machine yet may not cope with your tumble dryer. (Learn How To Wash Patagonia Fleece)

How Long Can Ticks Live In a House?

You can be in for a surprise if you assume ticks die out in the winter. Ticks are hardy, and many make it through the winter by hiding in rotting foliage and waiting until the temperatures rise to 40 degrees or above. The peak tick season usually occurs in the winter and early spring.

What is a tick?

Ticks are arachnids, similar to spiders and mites, and are often mistaken to be insects. As adults, all ticks have eight legs, where adult insects have six legs.

Ticks are parasitic insects who feed on the blood of their hosts, which can be animals or people.

Ticks are effective disease carriers because they cling to the skin when sucking blood by attaching themselves using a cement-like substance and their feeding tube. They can feed in a hard-to-see spot for long periods and can take several days to finish feeding.

Females deposit from 3,000 to 6,000 eggs on the ground. Adult ticks seek host animals and, after engorgement on blood, they quickly mate.

Male ticks usually die after mating, and females die soon after laying their eggs in protected habitats on the ground.

The life cycle requires from as little as two months to over two years, depending on the species.

The American dog tick infects humans and dogs but seldom infests homes. Adults graze on dogs, cattle, other animals, and humans. These ticks are common in southern states, coastal areas, and other humid areas.

The animal scent attracts them, and humans usually encounter them along roads, walks, trails, and parks. American dog ticks are most abundant in the spring.

Adult lone star ticks are brown or brownish. The males have scattered white spots while females have solitary silvery-white markings. Females grow to 1/2 inch after eating from dogs and cats, while larvae and nymphs prey on tiny wild animals, birds, and rodents.

The lone star tick bites dogs and humans at all phases. Ticks are common in the underbrush in the creek and river bottoms and near animal resting sites. (Learn How High Do Hot Air Balloons Go)

The deer or black-legged ticks are about the size of a seed and feed on various hosts, including canines and humans. The tiny larvae feed on white-footed mice and other small mammals after hatching in the spring. These different species of black-legged tick prefer a host of white-tailed deer, so more often found in the wilderness, unlike other species.

They molt into black-legged tick adults in the fall, and the females lay eggs the following spring. 50% of mature deer ticks carry Lyme Disease and can infect dogs.

In woodland areas along pathways, the black-legged tick is common. Adults may be active in both spring and fall. The deer or blacklegged tick can infect canines and humans with Lyme disease. 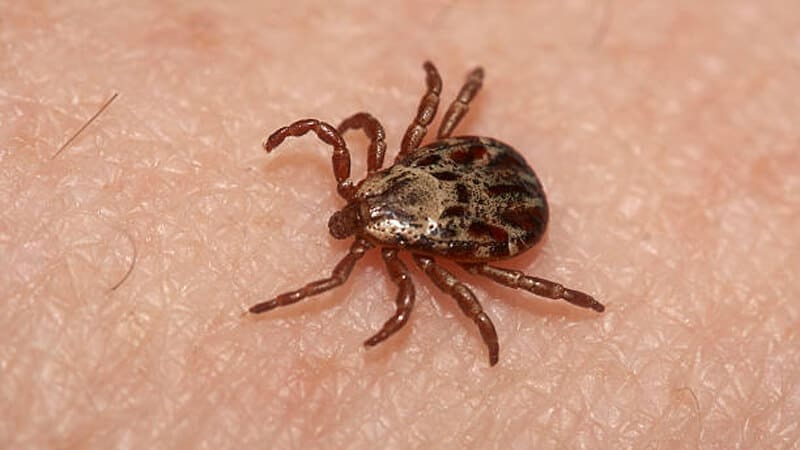 The brown dog ticks live indoors and can be found in crevices, under radiators, carpets, furniture, and on draperies and walls in dog kennels or households with dogs. The adult is 1/8-inch long and reddish-brown. It feeds on the ears or between the toes of dogs.

How Long Does It Take For Ticks To Die Without A Host?

Ticks are tiny with spherical bodies. Most are less than a quarter-inch long. Dark reddish-brown or black with light brown or grayish patterns, or a white patch on the back.

After feeding, many ticks grow to the size of a raisin. The color can change from gray to dark reddish-blue.

First-stage tick eggs do not require blood to survive. An adult female tick’s eggs can survive for weeks without a host before hatching into larvae. A tick egg hatches and must feed on blood throughout its life cycle to survive.

Tick larvae, nymphs, and adult stages can go weeks or months without a blood meal. American dog ticks, for example, can live up to two years without a host and feed on dogs, humans, cattle, and other animals.

How Long Do Ticks Live On Humans?

The duration of a tick’s attachment is determined by the tick’s species, life stage, and host immunity. It also depends on whether you check for ticks daily.

Lone Star ticks and American dog ticks eat a day or two faster than deer ticks. How long ticks can be connected to the host animal can be influenced by the host’s immunity. Ticks that have been previously sensitized to specific proteins in tick saliva may have tougher time-ingesting blood.

It may cause them to stay attached for a little longer, but more often, it induces the host to scratch, and the tick is removed because of the scratching as they feel the tick bite.

How Long Do Ticks Stay Active?

During the spring and summer months, ticks are in complete form. Because they can spread disease and illnesses, ticks are harmful to humans and animals. Ticks are parasites, which means they survive and thrive by obtaining nutrients from a host organism, frequently at the expense of that host.

There are a lot of misconceptions about ticks, notably about how long they may live.

Ticks can go for up to two years without eating and can live without a host for up to 24 hours or one full day. Both may be correct, but it depends on the circumstances, tick type, and stage of their lifecycle.

To survive, some tick species must eat immediately away. Others can survive without eating for extended periods. (Read Does Maple Syrup Need To Be Refrigerated After Opening)

Here you can learn more about how long can ticks live based on tick species. 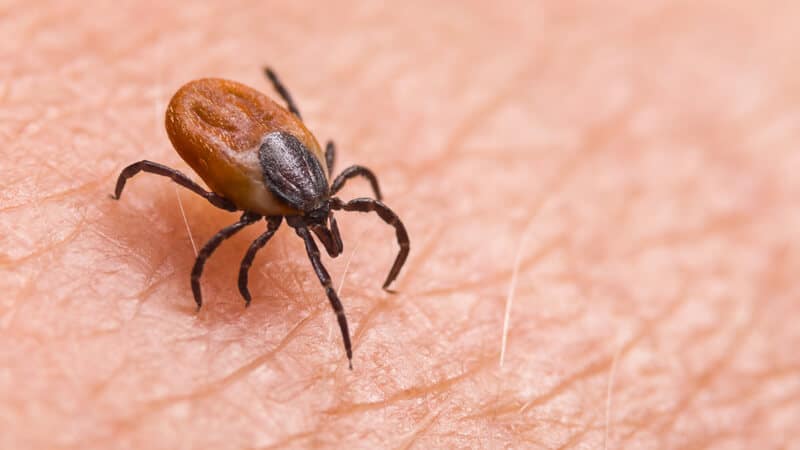 When they are adult ticks, blacklegged ticks are also known as deer ticks because they prefer white-tailed deer as hosts. When these ticks are larvae or at their newborn/infancy stage, they feed only once, usually from June to September.

Deer tick larvae often live less than a year if they can’t feed during this time. Deer ticks feed as nymphs during the summer, and if the nymphs don’t feed during their first season, they can go two seasons without eating.

Deer ticks mature into full adults during the fall when they adhere to a host and stay there until spring. Adults can live for just under a year if they do not feed during that period. Blacklegged ticks transmit Lyme disease to dogs and humans.

Adult female brown dog ticks lay eggs from 1,000-3,000 little dark brown eggs. These eggs may survive for up to eight months without food or water until the eggs hatch into larvae. 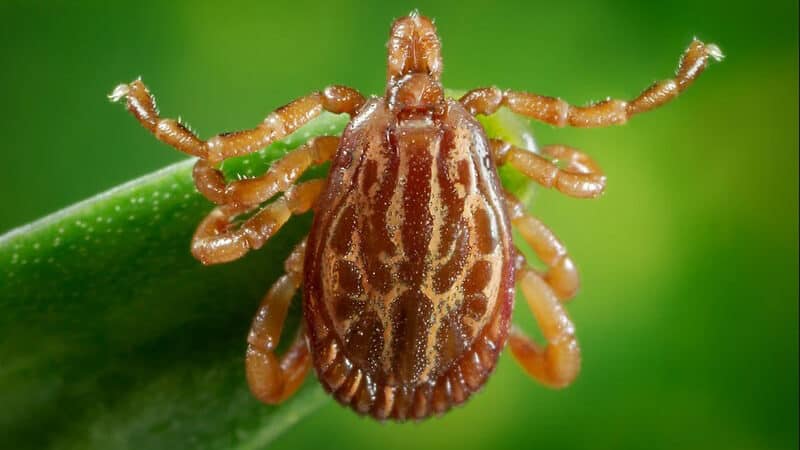 Like the lone star tick, Rocky Mountain wood ticks lay 3,000-5,000 eggs at a time on average. The larvae usually cling to any nearby host once the eggs hatch, taking anywhere from 7 to 38 days.

They typically have 30 days to locate a host, but some can go up to 117 days without attaching! Rocky Mountain wood ticks can go for almost 300 days without eating once they molt into nymphs. They can survive without a host’s body for even longer as adults of up to 600 days!

An average tick can’t last more than a few days to live without a host with some species. However, if you wish to repel ticks, there are a few things you can do.

Insect repellents containing DEET are the only ones that have been confirmed to work. You can spray the insect repellent where you see a tick infestation or in areas where you expect a tick to hide.

Blacklegged ticks spread disease, as do some other species. While there isn’t much, you can do for yourself in case of a bite.

You can keep a tick you find on your body in rubbing alcohol to preserve it. Label the jar and keep it in case you show symptoms of illness. Tick bites don’t hurt, and you can find they may bite and fall off without you even knowing. 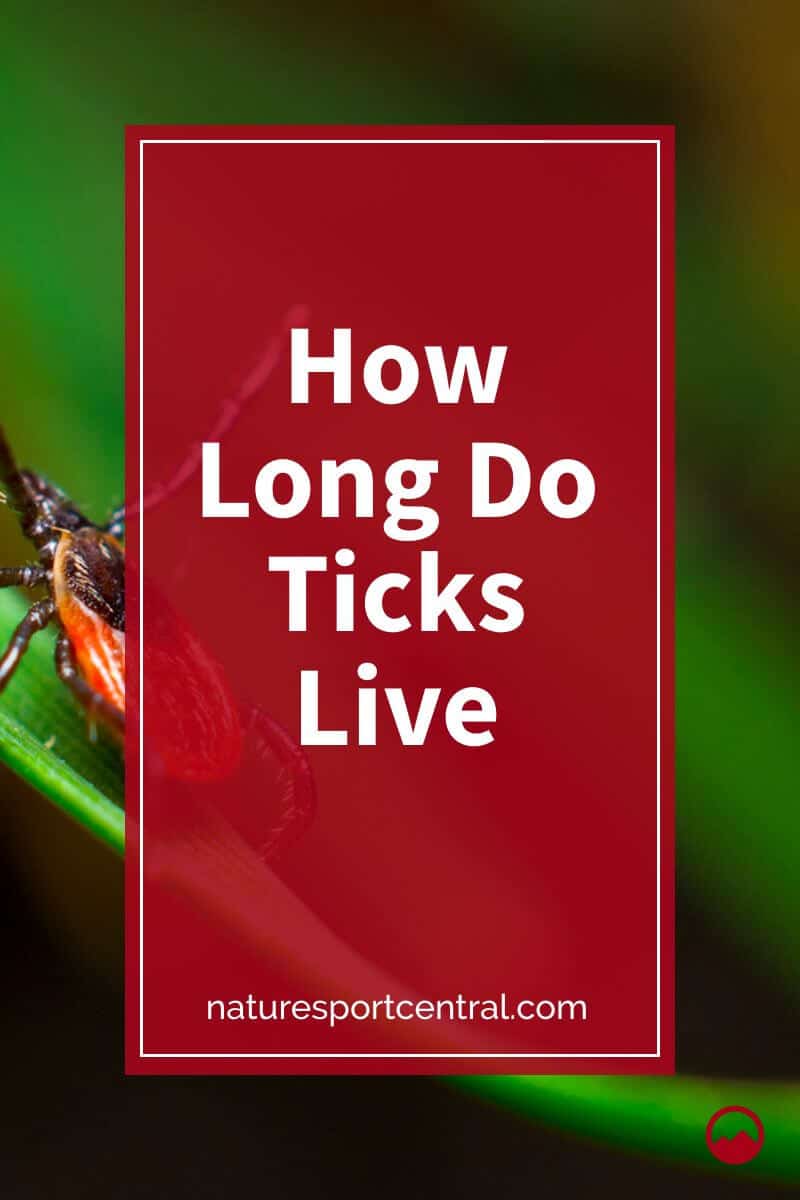