When every other person is running around with an AR or two of their own, crossbows are not getting enough love in this day and age.

They have been used since the 5th century BC and are still going strong compared to other weapons.

The compound Crossbow is the modern version of the original crossbow, which was used for centuries. Its limbs are stiffer, making it more energy-efficient and suitable for hunting big prey.

Hunting with a crossbow is nothing new as it has been done for ages and will still be used long after we are gone. It has been used since time immemorial, more or less, and for a good reason.

The speed of a crossbow is measured in feet per second, and although the fastest compound bow can fire above 400 FPS, it is usually averaged around 360 to 370 FPS. The Barnett Ghost 410 CRT crossbow can fire projectiles as fast as 410 FPS.

Now that we are familiar with the origin, history, and some general information, let’s move on to:

The Best Crossbow hunting locations in the US!

Among the northern states, we have Montana at the very top. Because of its wide-open spaces, it is the perfect spot for hunting deer and other big games. The comparatively low human population is also a big plus. Not only is the game plentiful, but the backdrop is gorgeous and is a must for any nature enthusiast to visit once in their lifetime.

Oklahoma comes in second because of some reason. It has one of the longest seasons you will ever come across, and combined that with a considerably wide variety of big games, it is perfect in every way.

When we are talking about deer hunting, it would be unforgiven, not to mention Minnesota. It has 8 million acres of land filled with lakes, small valleys, and other natural wonders, making it one of the top contenders. It is also highly cheap for both residents and non-residents to hunt in the state. It boasts one of the largest deer populations in the country, especially in the northern region, where the game is so abundant that it dies of old age. (Read Are Crossbows Legal)

If not for the annoying lottery drawings and much earlier deadlines required for obtaining hunting tags, Wyoming would probably be at the top of the list because of the large populations of a wide variety of game species and the lowest human population of any US state. It is an ideal choice.

And lastly, we have the lone star state, Texas. Because of the immense popularity of firearms, many ranches and public lands are available for deer hunting throughout the season. The majority of the buck population is around 3.5 years or older and is more than you need. 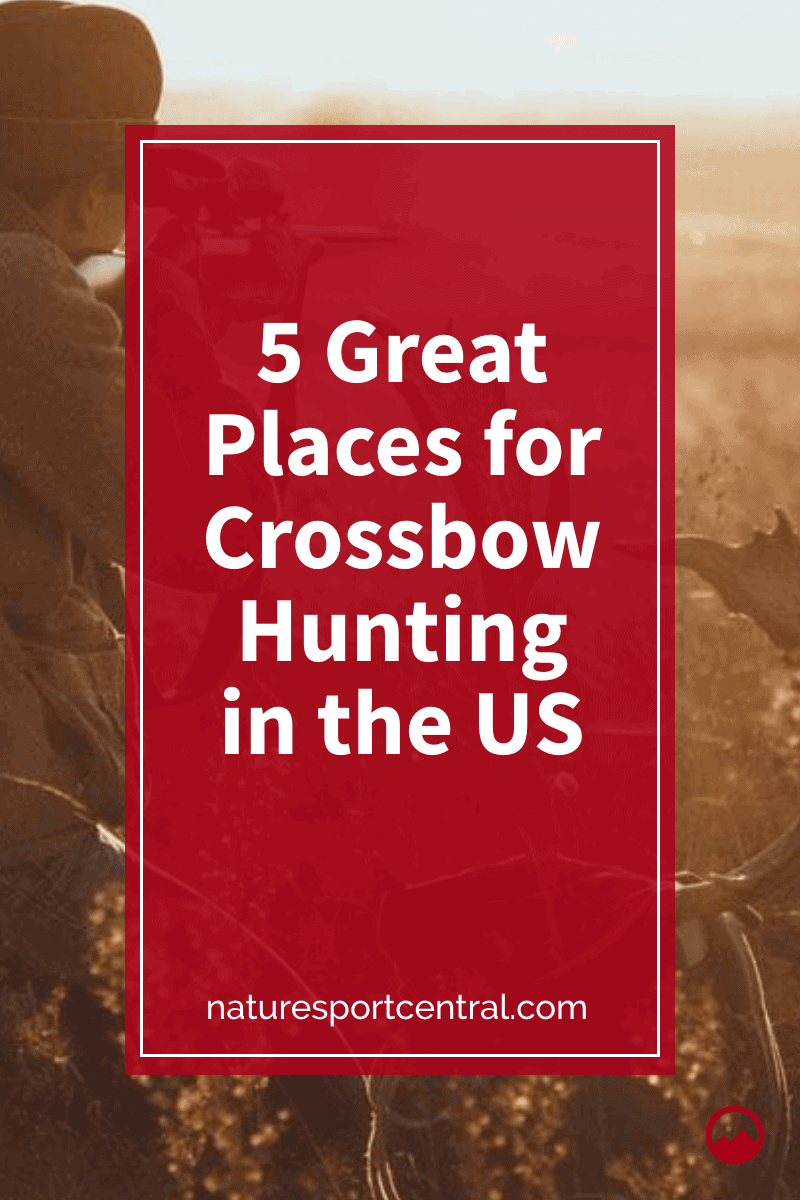