Fishing is a passion for many, and there is nothing better than watching a movie that contains your passion.

Fishing films may not appeal to many, yet some gems come with a great storyline and would be a treat for any movie fan to watch.

While compiling this list of the best fly fishing movies, we saw there was a wide selection that covered all areas of wild game fishing. 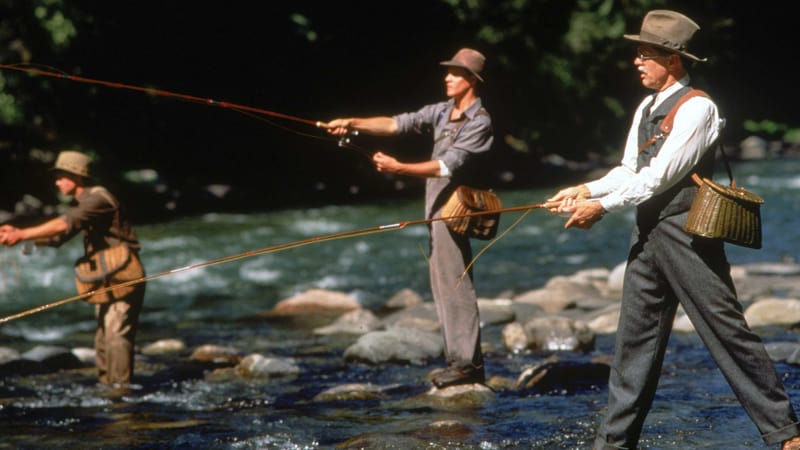 You may find some lesser-known fly fishing movies in places like Shot Show, but here we have scoured to find fishing movies you can watch any time, and you will enjoy them.

One thing you will see is that fly fishing leads to a sedate pastime as you spend the afternoon salmon fishing.

You may also find some great inspiration for locations as you watch a fly fishing film because the best locations will be used for full effect.

The 5 Best Movies about Fishing

1. A River Runs Through It

You will see why this Academy award-winning film is so popular. It is one of the best fly fishing movies you can watch. Directed and narrated by Robert Redford, the 1992 film is based on a true story and a biographical novel of the same name.

A River Runs Through It tells the tale of two brothers during the Great Depression in Montana. Their lives head in different directions, though it shows their love of heading out with their fly rod, no matter if they are together or heading out alone.

The Maclean family is torn and is portrayed by a great cast, including a young Brad Pitt. Other family members including Brenda Blethyn, Tom Skerritt, and Craig Sheffer and Emily Lloyd.

One of the standout things is the beauty of Montana fishing. It is easy to see why so many anglers head to these locations from the movie.

What could have ended up as a short film only turned into one of the classic fishing movies of all time. The Old Man and The Sea is another fishing movie based on a novel, and this time by Ernest Hemingway.

In his pursuit of catching some big game, and something he hasn’t done for months. The fisherman refuses to give up, just like fishing for beginners. The fishing movie revolves around the act of fishing as a solitary activity, instead of bonding.

However, things change, and the main character befriends a teenager who tags along out of curiosity. If you wish to find out if he catches anything on his fishing trips, you need to watch until the end.

Spencer Tracy takes the lead role, and it went on to be one of his most iconic movie roles out of all. 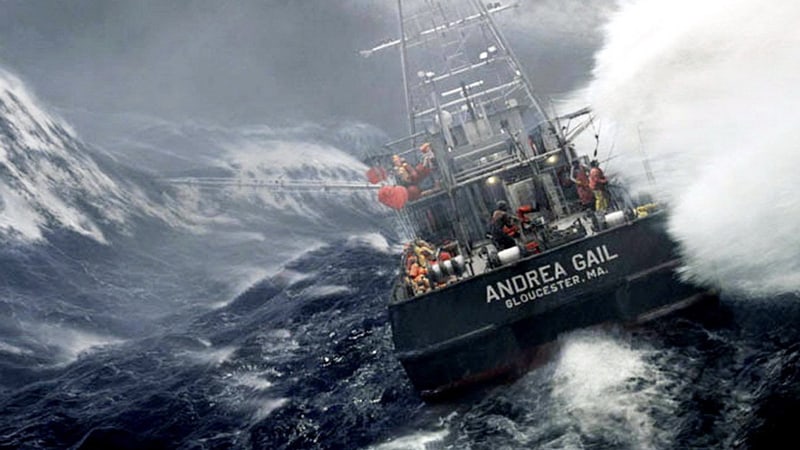 One of the best fishing movies you can watch tells the tale of a group of fishermen who pack up all their baits, lures, and everything else they need.

The unsuspecting anglers are in for a torrid time as they are approached by the Perfect Storm, which is also the title of the most action-packed fishing film with an all-star cast of George Clooney, Mark Wahlberg, among others. The ending is not so happy, yet the entire movie is a thrilling ride for any would-be angler.

What makes this movie stand out; it isn’t Hollywood fiction and is based on actual events. While the movie isn’t what you expect, it does show that fishing can be one of the best bonding pastimes there is. Beginners or fishing veterans, they are always there to help each other.

If you love fishing, then this fantasy tale can leave you wanting more. There are many fishermen who tell the stories of the one that got away on their latest fishing trip, although here, it was brought to the big screen in Big Fish.

With the main character played by Ewan McGregor and Albert Finney, although at different ages. Viewers, along with the other characters, need to decide whether it was all fact or fiction in the fishing tales from the dying man’s life.

From director Tim Burton, you know there will be some beautiful moments in this 2003 movie that is pure fantasy, and with a fantastic cast, it could be one of the most quirky small game fishing movies you can watch.

Although the final fishing tale in the list, it doesn’t mean Alamo Bay isn’t the best fishing movie. To many, the movie doesn’t receive the recognition it deserves.

With a star-studded cast, headed by Ed Harris and Amy Madigan, the movie tells the tale of a Vietnam veteran who seeks solace in his fishing.

He becomes embroiled in struggles when he sees some Vietnamese immigrants moving in on the town’s fishing in Texas.

One man finds he is pushed to the limits when he sees his beloved fishing being intruded upon by the immigrants, and he does all he can to take it back. Madigan playing the love interest can make or break the final resolve in this thrilling tale of love for fishing.

Every movie here deserves a place in the top five films about fishing. They are thought-provoking, exciting, but most of all, enjoyable for any keen fisherman.

You have a mix, and each film varies from each other, so there will never be a dull moment with any of these fishing films in your collection.

Next time you find you need some inspiration to grab your fishing gear. Spend an hour or so, and soak up the atmosphere before you head out to enjoy another of your fishing trips. 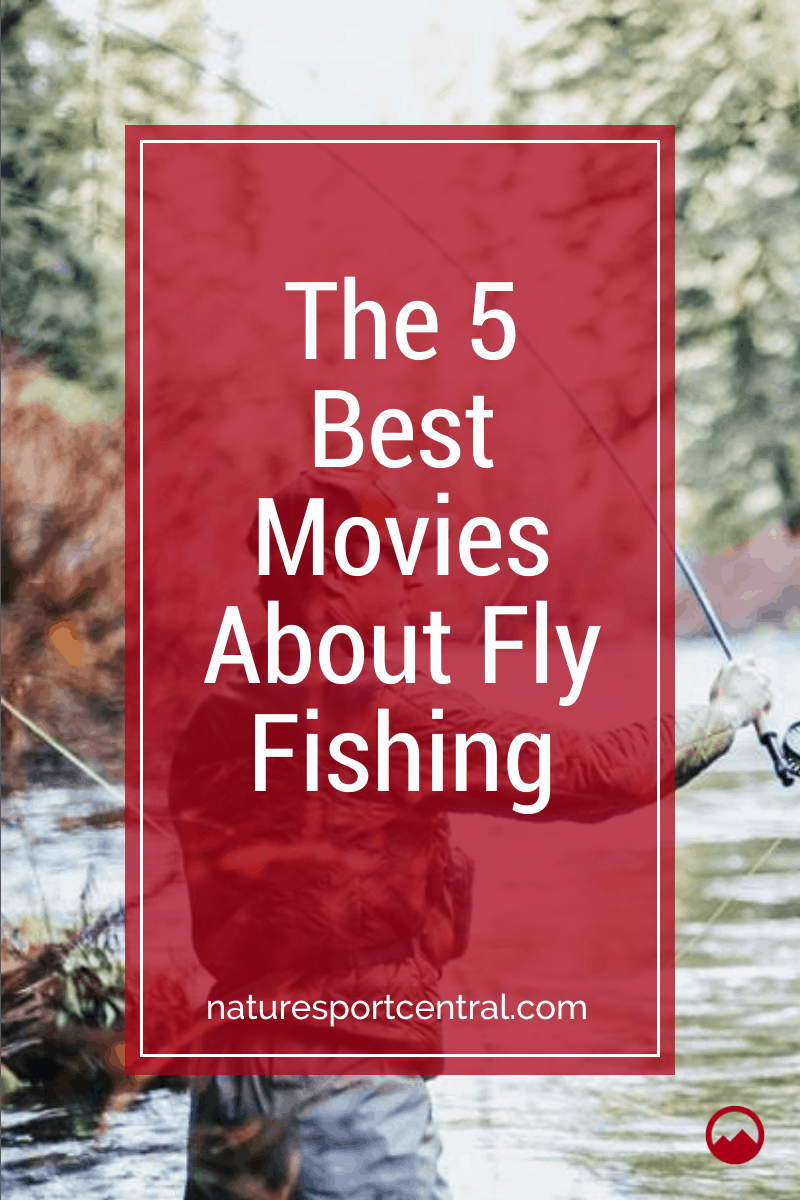 1 thought on “The 5 Best Movies About Fly Fishing”