However, although RV batteries use a 12v DC system, house outlets use a 120v AC system. So, to power, the outlets, one of the following options must be used: an inverter, a generator, or shore power. Besides how you power an RV’s electrical system, you’ll also see they fasten to the walls differently.

In our guide, you can learn more about an RV electrical outlet replacement compared to regular outlets in your home. By the end, you’ll see the task can be generally smaller to replace an RV outlet than replacing a standard outlet in your home. (Read RV TV Not Picking Up Channels) 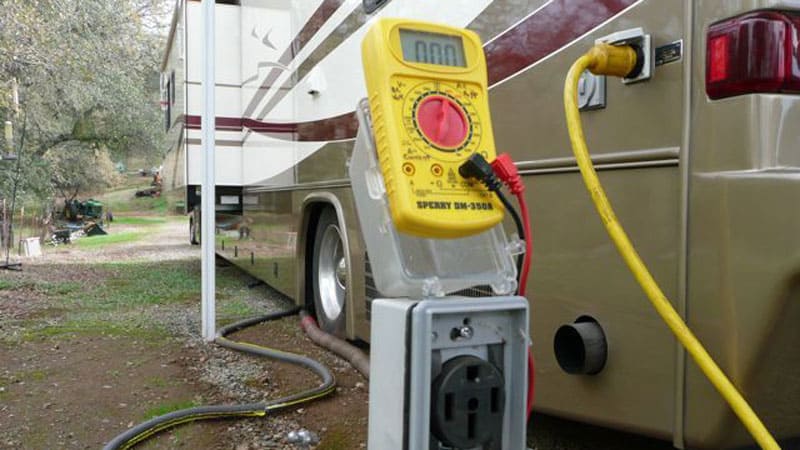 It will run on battery power until you set up camp and plug your RV in.

Now, the procedure for replacing your outlets is the same whether you are using battery power or plug-in electricity.
You’ll find two main electrical systems inside an RV:

The one or more batteries that power the 12-volt direct current system are used. This system will provide power for various devices, such as lights, a water pump, a furnace, a water heater, and more.

This battery will charge automatically when you are plugged in at a campground.

You can use a generator or an RV hookup at a campground to activate the RV 120v outlet and electrical system. Large appliances like kitchen equipment and your TV will be powered by it.

Most likely, the electrical system for the RV outlets will be on a single circuit.

Remember that you risk tripping the circuit if you try to run too many things at once on a single circuit electrical system.

And if you short out one electrical outlet, you risk losing power to all other outlets. 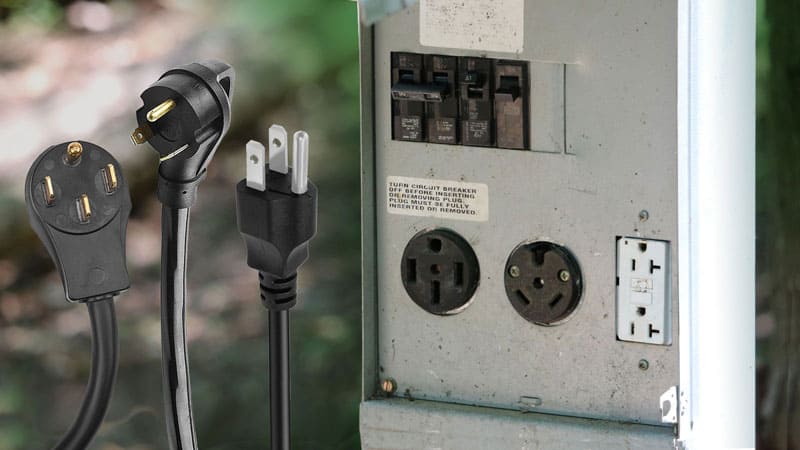 The outlet and the electrical wall box it are housed in make up a standard home outlet. There are exposed screws and wires that will connect to it. 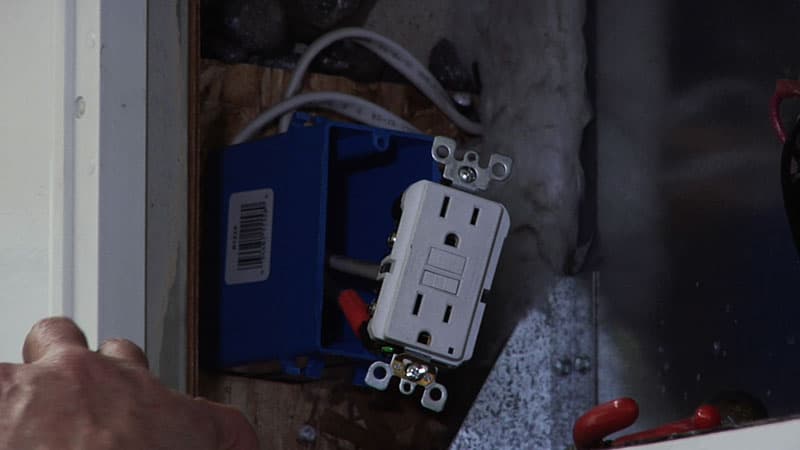 How to Replace An RV Electrical Outlet

You must first modify your wall to accommodate your residential-style outlet as they are shallow walls in your RV. (Learn How Many Gallons Does An RV Hold)

Install the new outlet from the hardware store.

Do RV Outlets Run Off Of The Battery?

RV outlets do not run solely off of the battery. Instead, outlets operate off 120-AC volt power, while batteries use 12-volt DC power.

If the battery is the only option, an inverter is needed to convert the power to run the outlets. But they can also run off of a generator or shore power.

And if you’re at a campground and connected to its electricity, they will work just fine that way. The same is true if you have your generator on.

Two different electrical systems ensure that the right power is available for different facets of the RV. (Find the Best 12 Volt Ice Maker)

Overhead lights and USB charging points can work off battery power, but the outlets won’t get powered until an alternate power source is connected.

The 12-volt DC (direct current) system is powered by two or more batteries (depending on the RV).

It’s automatically charged when connected to shore power at the campground.

One chassis battery starts the engine for motorhomes and living a full-time RV lifestyle. And with the engine on, anything on the dash usually turns on.

The second set of batteries usually powers the water pump and the refrigerator.

The other devices and appliances you own would be powered by 110-volt or 120-volt AC power. So, something else is needed to get them to turn on.

So, if there’s no shore power, generator, or inverter, the outlets won’t work, especially for an air conditioner that draws lots of power from your RV electrical systems batteries. 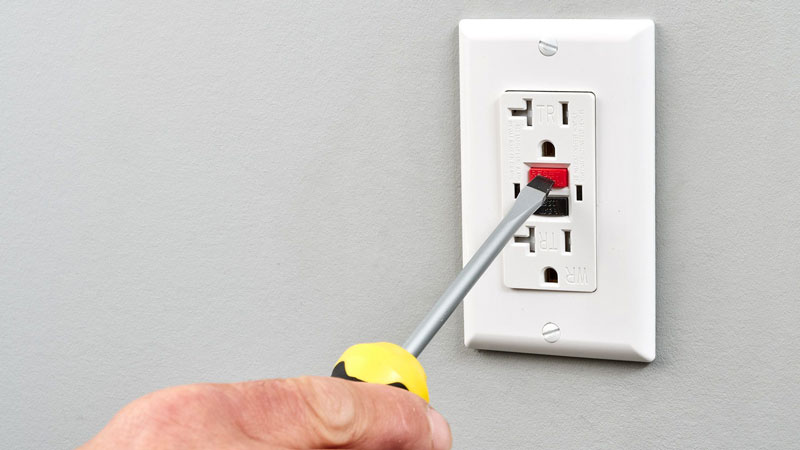 Are RV GFCI Outlets The Same As Home?

The ground fault circuit interrupter (GFCI) outlets found in RVs are identical to those found in homes.

A GFCI outlet operates similarly because they serve the same purpose: trip a little built-in breaker.

You may plug-in appliances that require AC power because they can handle 15 to 20 amps.

The outlets’ layout will be what distinguishes the two. In addition, they will have alternative ways to attach the wires besides being shallower than a traditional home outlet.

The wires are often held in place and connected with screws in a home outlet. In addition, RV outlets may contain spring clips or a slide-in wire holder to hold the wires in place and make a good connection.

You might need to install a box to use a standard house outlet. However, unlike RV outlets, they cannot be purchased with the snap-on back.

However, you might not use the common home outlet box. Instead, you would need to use an RV compatible with traditional outlets.

The traditional electrical box will be too deep for most RV walls, which is why. So instead, you should be able to use these crates from your local RV parts stores.

GFCI outlets should be used at a safe distance away from sinks and other sites that use water. Because of this, you’ll find a GFCI outlet used in kitchens, toilets and a GFCI outlet on the exterior of your RVs.

The RV style is sensitive to the faulty ground and reverse polarity in electrical systems and comes with built-in circuit breakers. (Learn How Hot Is A Campfire)

Not all RV outlets are 12V. However, like household outlets, they have a 120-AC voltage. As a result, to function, they need house batteries besides shore power, generator power, or an inverter.

Direct current and alternating current are both used to power RVs.

While the power outlets and standard RV appliances are powered by 120-AC volt, the 12-DC volts power the engine’s electrical parts and the vehicle section’s batteries.

Most campgrounds have 50 amp/120-volt power, sufficient for the entire RV. Just shove the male end of the connector into the hook-up, and you are ready, and all electrical outlets work like you were at home.