While motocross bikes won’t break speed records, they can reach speeds up to 100 miles an hour or more. Although they can match the speed of an on-road vehicle, motocross bikes are rarely driven at their top speed because of the rough and dangerous terrain they are built to ride on at more average speeds.

The average maximum speed of a 4-stroke 450cc dirt bike is around 87 miles per hour, while speed will vary based on bike modifications, the weight of the rider, engine stroke, and a few other things like terrain.

In our guide, you can find out more about max speed, as it differs amongst dirt bikes. The fastest dirt bikes are 450cc dirt bikes with four-stroke engines, although there is more to it than that. (Read Best Bike Stand For Maintenance)

How Fast Can a Dirt Bike Go?

A motorcycle’s engine’s capacity, or how much power it has, is determined by its cubic capacity (cc). A bike with a higher cubic capacity has more power, which results in more powerful bikes.

Dirt bikes range in size from 50cc to the uncommonly seen 685cc. Since they are smaller and have a top speed of 40 mph, low-end power bikes with engines starting at 50cc are typically reserved for children between the ages of 3 and 7.

Many recommend a 685cc bike, which can reach such speeds as 110 mph, although this is too fast for a track, and these are often used on paved roads.

However, such a size is a heavy bike, and you find these used as a street bike rather than for motocross riding or a dual sport bike for occasional off-roading.

You should choose the size of your dirt bike depending on how it fits you and your level of experience rather than just how fast it might go.

Even though you could buy the fastest dirt bike, it won’t be helpful if it’s too small or large for you.

When considering what causes a dirt bike to speed up faster, the following points need to be considered:

Motocross riders are among the world’s fittest athletes and sportspeople. However, there is little doubt that the mental and physical endurance required for riders to do well in a race is equally as complex as the trails they race on. 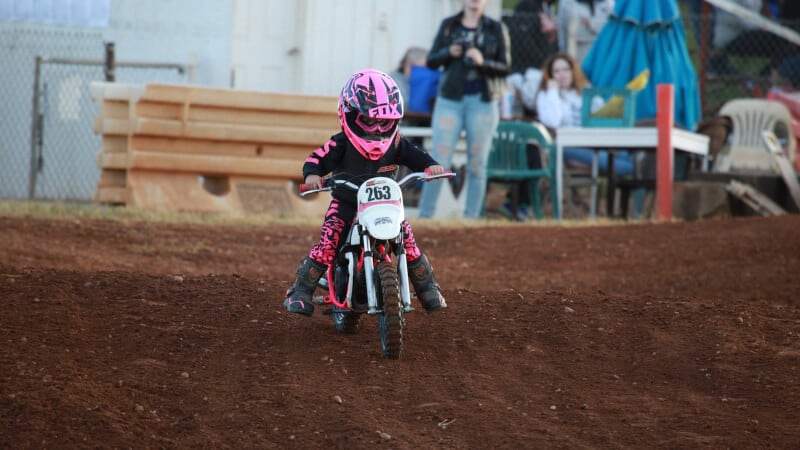 Two-Stroke or Four-Stroke For Motocross?

Many dirt bikes are of a specific type of engine. So, here you can see the difference between two-stroke vs. four-stroke dirt bikes.

However, depending on your riding style, both two-stroke and four-stroke dirt bikes have advantages. 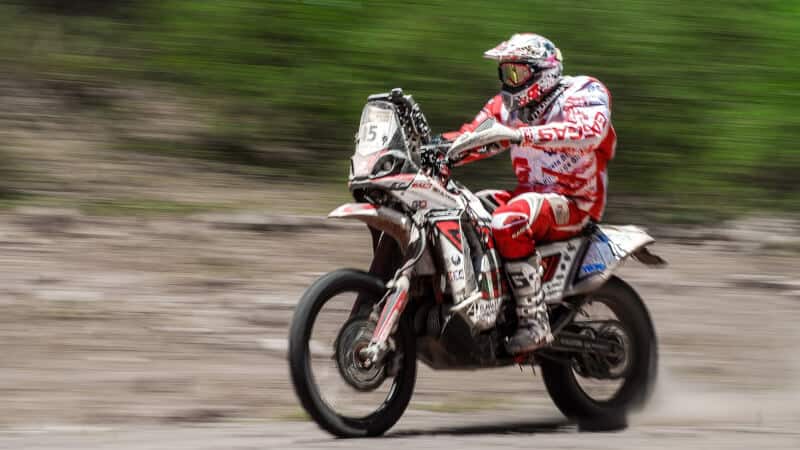 What Is The Fastest Dirt Bike In The World?

The following is a list of the world’s fastest motocross bikes:

The quickest motocross bikes in the world are listed below:

The Beta 450RS tops the list of the fastest motocross bikes, with a top speed of 110 mph.

When used for dirt bike riding, its foldable mirrors make it impossible for anyone to tell that it is a dual sport machine and street-legal. (Read Tips For Beginner Mountain Bikers)

If going fast is what you’re after, the Honda XR can get you there with a maximum speed of up to 110 mph. Back this engine power up with Honda reliability and an electric starter to make things easier.

You get colossal ground clearance, proper off-road tires, and a suspension that is just as capable as when the bike first hit the market.

The bike functions admirably on trails, city streets, and dirt roads despite its decades-old parts.

The Honda XR 650cc dirt bike debuted in 2000 and is still popular and sought-after.

Although it weighs only 237 pounds and has a potent 449cc engine, it can reach top speeds of 123 mph.

You can expect maximum engine performance and top speeds sufficient to operate at peak efficiency and respond quickly on the road.

The KTM 450 SX-F is considered the industry standard for dirt bike riders looking for speed and power.

Its analog technology is from a few decades ago. The 432-pound, 42-horsepower Kawasaki KLR is heavy. The bike’s simple instruments and orange needles evoke 1980s nostalgia.

Mechanical throttle with square indicator lights. Users can view gauge displays above the bars. The fender and polycarbonate fairing keep dirt from your face.

Mz Baghira has the premium build quality and is a dual-purpose product. The bike’s seat is 930mm, so you have suspension travel and ground clearance for dirt roads.

MZ Baghira has Grimeca brakes, the rear wheel features a 9.65-inch hydraulic disc brake, and the front has 11.1-inch.

The bike’s suspension system can manage rocks and stumps just as well as asphalt.

How Fast Does A 450CC Dirt Bike Go

Here is a range of bikes suitable for most riders who enjoy riding fire trails rather than on roads.

While not all are the fastest dirt bikes, each bike performs enough for all but the most experienced riders who do racing as a profession. (Read Bike Racks For Hatchback Car)

Although it is not a hugely fast bike, the Honda CRF 450R is a legendary motocross bike with a top speed of 87 mph.

The CRF 450R was redesigned in 2017, with upgrades to the exhaust, brake pads, clutch lifter, and more.

The modifications improved the power and balance with a lower center of gravity, where the battery box is fitted lower into the chassis.

The new Selectable Torque Control from Honda also incorporates the company’s notion of traction control for superior power-to-ground transfer. As a result, the Honda CRF is still among the best 450-class bikes.

The Yamaha WR is well-known in the dual-sport segment with on- and off-road performance.

The designation “WR” designates it as a wide-ratio gearbox, enabling it to provide a suitable balance of off-road and on-road performance.

While not a speedy bike, nor is it a 450cc, the model offers a top speed of 88 mph combined with being lightweight and agile.

You will need to wind it up to get high speeds. Even though the Yamaha WR costs more than its competitors, it offers a fuel-injected motor, an aluminum frame, and a fully adjustable suspension.

The motocross model Kawasaki KX450 has advanced technology to make it thrilling to ride, and the four-stroke engine speeds for motocross championship performance up to 89 mph.

The dirt bike offers Standard, Soft, and Hard power modes based on terrain.

The bike has track-ready Dunlop Geomax MX3S tires, and you can fine-tune the shocks for low- and high-speed compression damping.

Suzuki’s DR-Z400SM is a Supermoto. It has greater on-road capabilities than off-road, but it performs well on dirt roads if you change the tires.

The bike has a small, lightweight frame. In addition, the chromium-molybdenum tubing provides durability as the bike sails through the elements.

Unlike most dirt bikes, this is better for city traffic because it’s more road-oriented.

Here are some ways you can increase the maximum speeds of bikes.

Should you race with a full tank? Fill your bike according to the race’s length and track distance.

Leaving out a half gallon to a gallon of gas will lighten your dirt bike, so if you don’t need it, don’t bring it to the track.

Replace the exhaust with an aluminum one to make dirt bikes lighter.

You may have replaced your bike’s plastics for appearances. Instead, you may buy lightweight, aerodynamic race plastics.

Gearing involves adjusting bikes for a specific situation or terrain to maximize grip and tire rotation.

If you change your bike’s gears, you’re trying to change the “gearing ratio” for a given outcome and terrain.

Use a smaller front or larger rear sprocket for faster acceleration. This gearing is ideal for narrow trail riding rather than top-end speed.

Use a larger front or a smaller rear sprocket for increased top speed. You’re doing the opposite of what you would do for faster acceleration. This larger gearing ratio is suited to desert or sandy terrain, arenas, and open places without tight turns.

When picking a dirt bike, you should also be on the lookout for a lightweight frame, decent handling, and a powerful engine. 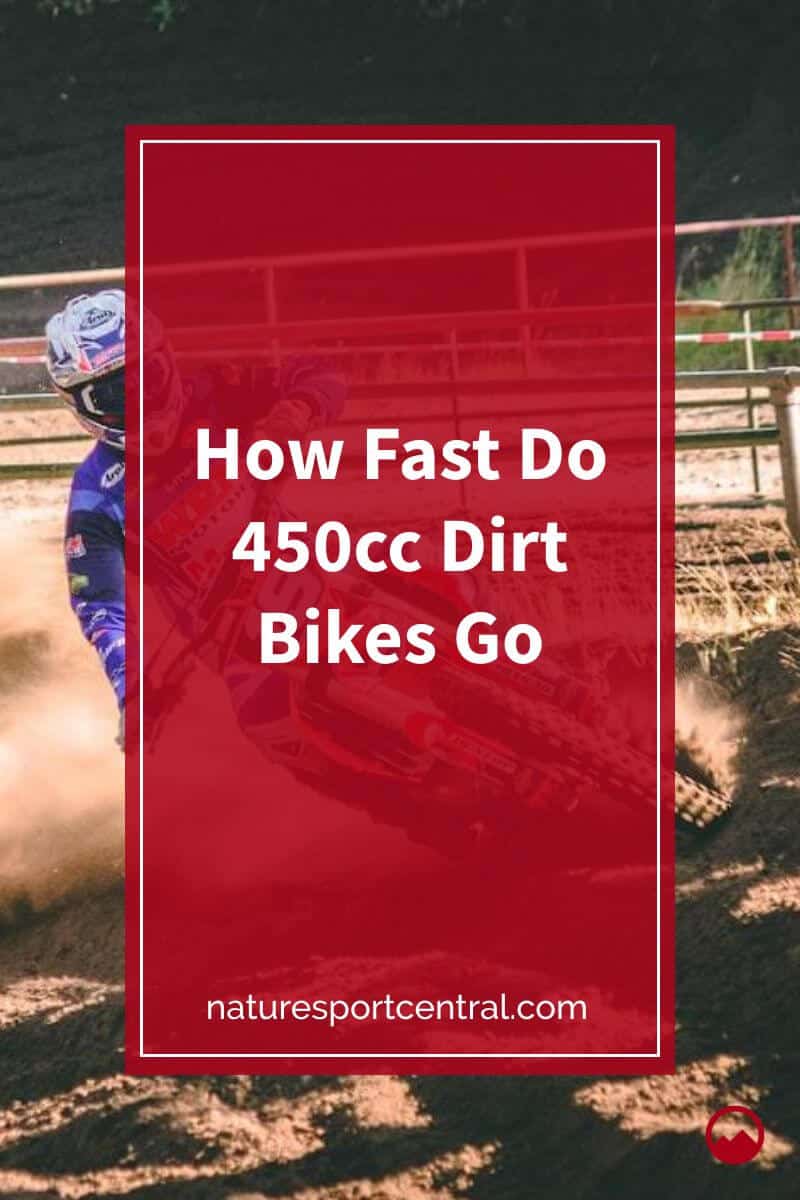