You may wonder, where do ticks come from? Unfortunately, ticks are everywhere, and every state except Alaska has at least one disease-carrying tick. Ticks can bite humans and pets, and because of this, there are estimates of more than 300,000 cases of Lyme disease each year in America.

Since there is no apparent reason, it pays to be cautious and know more about the subject. While tick bites may appear like other insect bites, the effects can be far more severe and lead to serious health problems.

Even with media attention, many individuals know little about tick-borne diseases. In our guide, you can learn more about do tick bites hurt, how ticks hide in tucked-away places, and what to do if you are bitten. 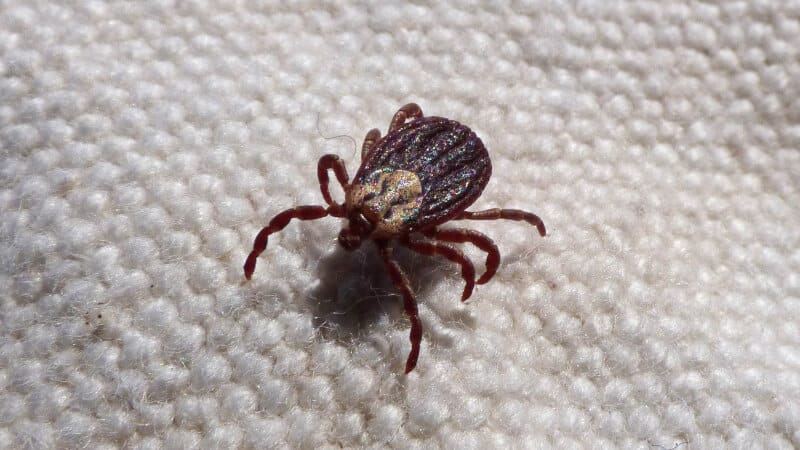 By the end, you’ll find we are not here to provide medical advice and have this guide medically reviewed, yet we can give an insight into how to deal with ticks and when you need to seek medical attention. (Read Things To Do While Camping With Kids)

Why Can’t You Feel a Tick Bite?

Because the bite doesn’t hurt and isn’t usually irritating, you’re unlikely to feel anything. Ticks are often relatively little, so you may not notice them. At first glance, it may appear to be a speck of dirt. It swells up as it eats, making it easier to find.

It’s not a big deal if you get a lot of bites from little insects seeking their next meal. A small red bump at a bite site, and it may or may not itch. Most often, you carry on, yet unlike other bug bites, ticks differ.

Ticks carry diseases, carrying Lyme disease the more common, which can be deadly, so knowing what to do after being bitten is as vital as preventing tick bites. Early treatment is key to a complete and quick recovery. If a tick bites or you have an attached tick, you need to know what to do to prevent tick-borne diseases or how to get rid of an engorged tick. 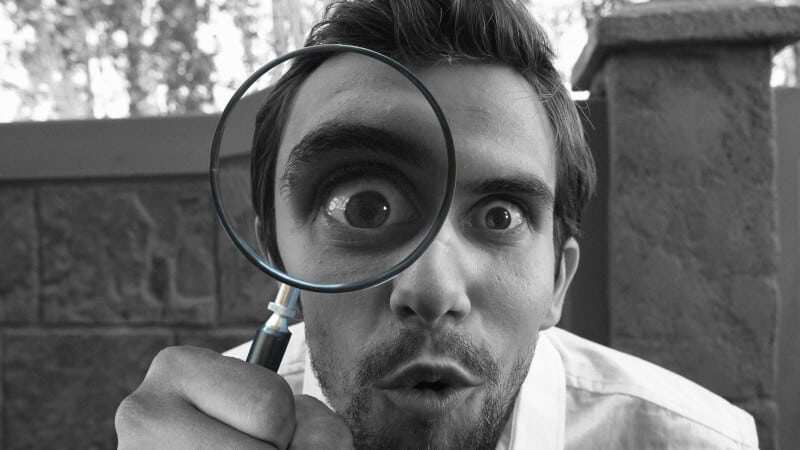 How to Spot Tick Bites

Ticks aren’t like other insects in that they don’t bite and then flee. When one lands on your body, it establishes a base of operations. It seeks a food source, then burrows its head into your skin to feed. And it’ll be there for a long time.

Because the bite doesn’t hurt and isn’t usually irritating, you’re unlikely to feel anything. Ticks are often relatively little, so you may not notice them. At first glance, it may appear to be a speck of dirt. It swells up as it eats, making it easier to find.

When a tick bites you, you may develop a little red lump. Tick bites can cause 1 to 2 inches of redness around the bite area in some persons. Unless it’s a rash, which indicates disease, that red area won’t get any bigger. (Learn About John Bryan State Park Campground)

Ticks bite people in warm, moist, or hairy areas, such as:

A tick will stay anywhere from a few days to two weeks once it has found a spot to eat. Ticks bite once and then feast on your blood till they’ve had their fill. Once a tick is full, it will fall off on its own. A tick will not bite you several times. Tick bites are usually painless and result in only a modest reaction. They only transmit disease or a tick-borne infection on rare occasions.

Even if a tick bite isn’t infected or disease-causing, it might trigger a response on your skin. A tick bite can cause the following symptoms:

Unlike other bites, tick bites rarely have fluid or pus in them unless they’re infected.

Most tick bites that pass on disease give flu-like symptoms like:

When bitten by a tick, the Center for Disease Control says you can face various diseases that require first aid or medical attention. Here are some of the tick-borne illness you can encounter that need to be medically reviewed.

Most patients with Lyme disease get a rash, but not everyone does. It might appear anywhere from 3 to 30 days after you’ve been bitten, although it usually takes a little over a week.

Around the bite, you’ll notice a round region of redness, which can appear to be a reaction to the bite, but the rash grows worse over days or a few weeks. The bite site can reach about 6 inches, and even if it feels warm, it is rarely itchy like other infections.

When most people think of Lyme disease, they think of the bull’s-eye rash, yet this occurs in fewer than half when bitten by a tick.

A rash appears 2–5 days after the onset of symptoms in most persons with Rocky Mountain Spotted Fever. It may not appear the same on everyone, but it commonly begins with little, flat pink patches on the wrists and ankles. It then spreads to the rest of your body, where the dots turn red or purple after a week and will need to be medically reviewed.

With STARI, you’ll find a rash like Lyme disease: a Red Bull’s-Eye with the tick bite in the middle.

Tularemia comes in various forms, but the most common one causes a painful open sore where the tick bit you.

The rash affects children more frequently than adults. Small, flat, red, or purple dots to red expanses of skin covered with slight bumps can all be seen on the rash.

You could ask does tick bites hurt, but you probably won’t feel it. The lesion may feel hard and surrounded by redness, and mild swelling or blister formation can occur while it never often itches.

Knowing how to remove ticks can save a great deal of anguish and tick-borne illnesses from spending time outdoors and needing medical care when you reach home. 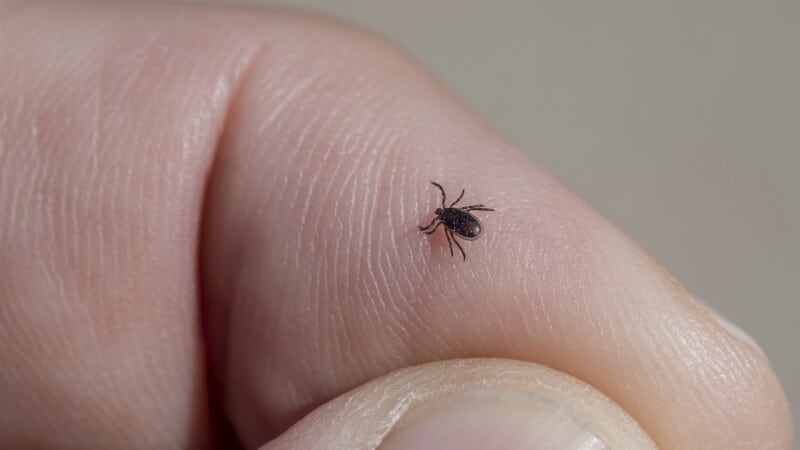 How to Safely Remove a Tick

Remove any ticks that are still adhering to the skin as soon as possible. Ticks can be removed in a variety of ways, although some are more effective than others.

First, conserving the tick can aid your doctor in determining whether it transmits a potential disease if you develop symptoms after being bitten by a tick.

When you squish a tick adhering to your skin, more toxins are released into your body, potentially exposing you to more infectious diseases. Even if your first instinct is to squish a tick that has attached itself to your skin, try to preserve it intact.

The following helps you remove the tick quickly and carefully:

Unlike a mosquito bite, insect repellents don’t work as effectively, and you may not spot the tiny insect that starts off about the size of a poppy seed. Throughout the life cycle of a tick, they are different sizes, yet ticks have eight legs all the way through.

If you are infected with a tick-borne illness, symptoms usually appear a few days after the bite. Although signs and symptoms vary depending on the type of tick and the disease it may transmit, the following are common warning signals to look out for:

After identifying a tick bite, the first step is to examine it. Make a list of any bites you or a loved one have received, as well as any symptoms that appear quickly.

If you see symptoms of a tick-borne illness, notify your doctor as early as possible. In many situations, patients and doctors are unaware the condition is caused by a tick bite from several weeks or months before.

Notifying a healthcare provider and doctor as soon as possible after any tick exposure to the skin to help speed up the diagnosis of tickborne illness.

Early testing for tickborne diseases and contacting healthcare practitioners as soon as possible after any tick exposure may help to diagnose tick-borne illnesses sooner.

Taking a shower within two hours of being outside will help you from contracting a tick-borne disease. Running water and scrubbing with soap can help remove a tick from your body. Wash all your laundry at the hottest temperature possible in case there are any hidden ticks. To dry, put everything in the dryer on high heat

Depending on the stage of infection, untreated Lyme disease can cause a wide range of symptoms. Fever, rash, facial paralysis, and arthritis are some symptoms, so see a doctor. 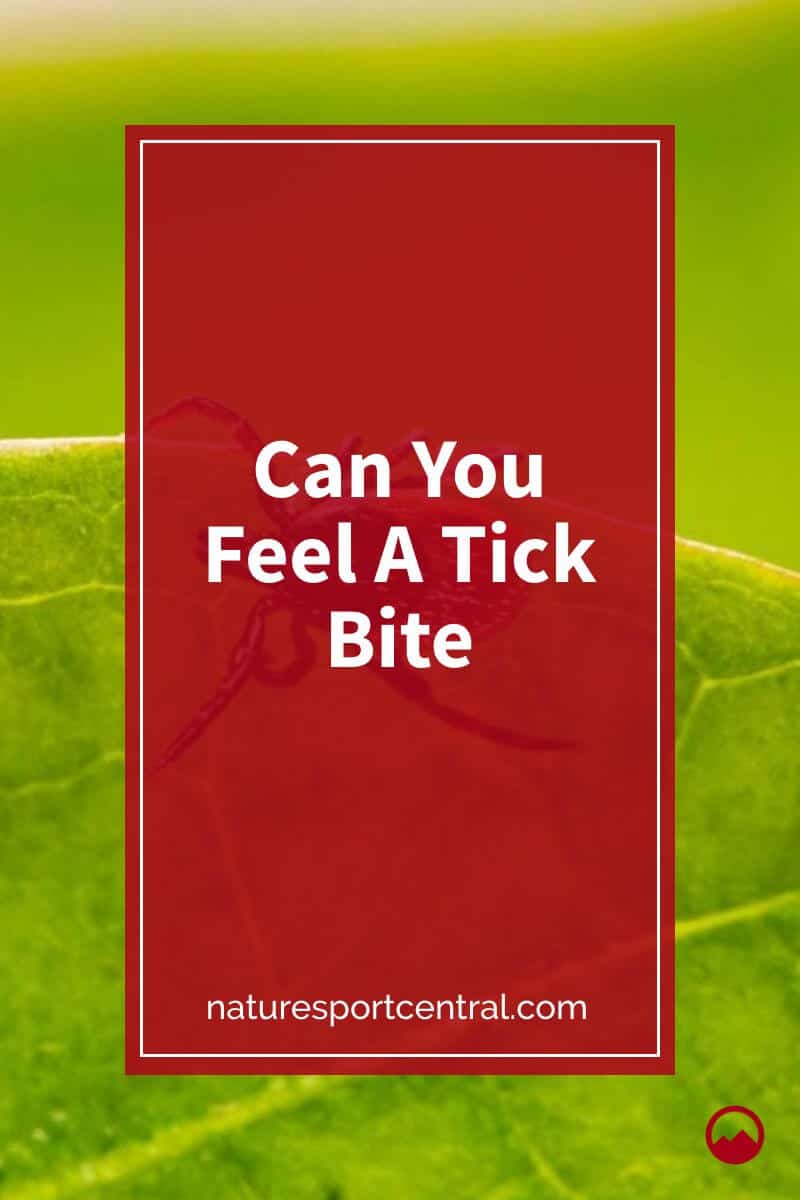