We all love winter. But as much as we enjoy this magical season, dressing up for it can be quite the pickle. For one, you’ll need boots to traverse the snowy outdoors. But that’s where the problem lies.

You might already have a pair of rain boots. So you know that they don’t come cheap. Add snow boots into the mix, and you now have two expensive pairs of snow and rain boots that you can only use a few times a year.

Just think of all the shoes you could’ve bought if you only had one pair of boots for both seasons. Thus, prompts the question, “Can you wear rain boots in the snow?” 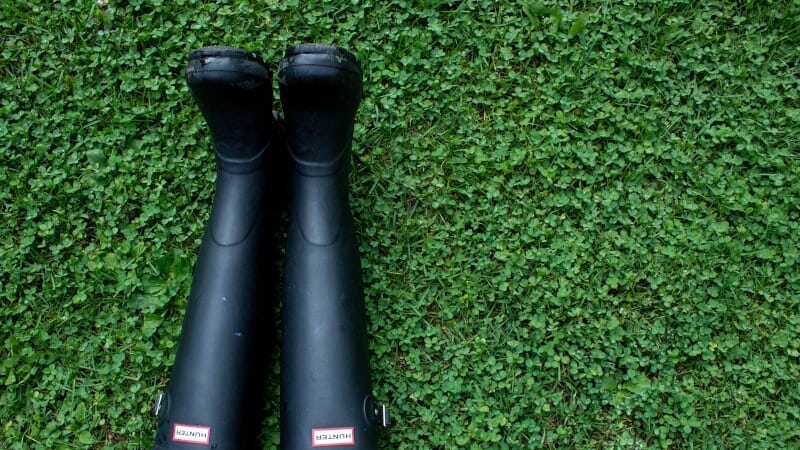 We don’t want to drag you any further from what you need to know. So, yes — you can wear rain boots in the snow. But if you want to know why you can and the restrictions that come with it, you’d like to read until the very end of this article. (Read Five Simple Snowboarding Tips for Beginners)

There are many factors as to when you can wear rain boots for snow. But it will depend on a couple of factors, including the following:

There are certain restrictions to this. But the bottom line is that you can wear rain boots in the snow. As long as nothing wrong will happen to you and your boots, you’re good to go. Also, you need to make sure that your rain boots will keep your feet dry and warm. That’s where two concerns come into play: traction and warmth.

The problem with wearing rain boots in the snow

Rain boots aren’t made for winter.

Rain boots look cute and fashionable, but they’re made entirely of rubber. That means they don’t offer much in the warmth or insulation department. The ones with wide openings are worse as they don’t cover your legs or feet properly. That also means cold air can get inside easily.

You slip and fall easily

Another issue about rain boots is that they’re just not made for icy conditions. On the other hand, traditional snow boots offer more grip and traction. Hunter boots for snow, for example, are excellent for running under the winter chill as they provide both comfort and traction.

When can you wear rain boots in the snow? 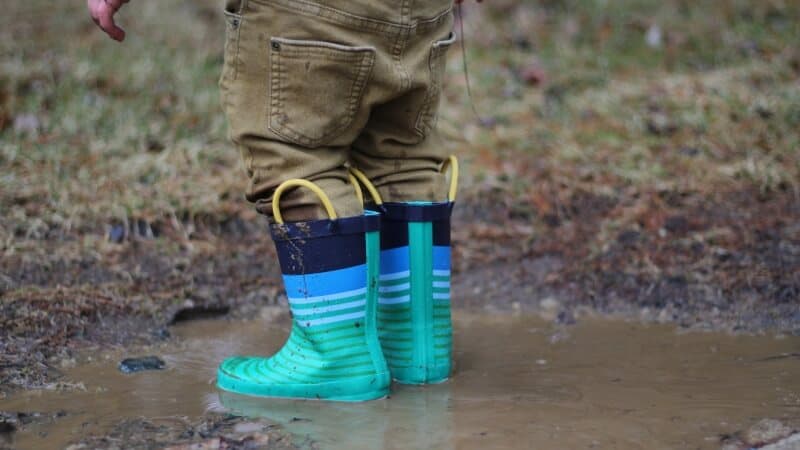 However, if you already have a pair of rain boots and you want to wear them in the snow, make sure to check if the conditions are optimal. Also, avoid walking on ice as you can slip and fall easily. You also need to wear liners to keep your feet warm and insulated. (Read our Reviews on Heated Gloves)

Common Myths About Wearing Rain Boots in the Snow

Now that we know that rain boots are doable, it’s time to bust some myths about it. We’re going to go over three common myths that you might have heard about wearing rain boots in the snow.

These are the main reasons why not a lot of people are wearing rain boots during the winter. Let’s go over them one by one:

Yes — rain boots aren’t the best when it comes to warmth and insulation. But just because they lack these two elements doesn’t mean you can’t do anything about it. All you need is to pair your rain boots with leg warmers and socks. There! Problem solved.

Another misconception about rain boots is that it doesn’t offer enough traction to keep you from falling or slipping. If that’s the case, then maybe it’s because of the type of rain boots you own.

Like other shoes, there are different kinds of rain boots available. There’s the plain one that’s made of rubber and doesn’t have much traction. However, there’s also another variety of rain boots that offer optimum traction on any surface.

We’re not going to endorse any brands or varieties, but know that there are snow boots that have a superb grip. So you might need to do some research before you go shopping.

If you do own a slippery pair of rain boots, then you might need to choose when you wear them during the winter season. Again, it will depend on the conditions outside. But the fact still lies that you can still wear rain boots in the snow.

Myth #3: Rain boots are too loose to be worn in the snow

Another fact and another myth; if you ever find that your rain boots are too loose, then we’ve got the simple solution for you: buy a pair to boot liners. They don’t only solve your ‘loose boots’ problem, but they also come in different styles.

Boot liners will add some extra layers to help fill the loose spaces. Wearing thick socks can also help the cause as they fill in the gap and keep your feet warm.

Wearing rain boots in the snow is possible as long as you know the factors that come with it. Again, if you genuinely want to save money, then opt for snow boots instead. The reason is that you can also wear them during the rainy season without restrictions. 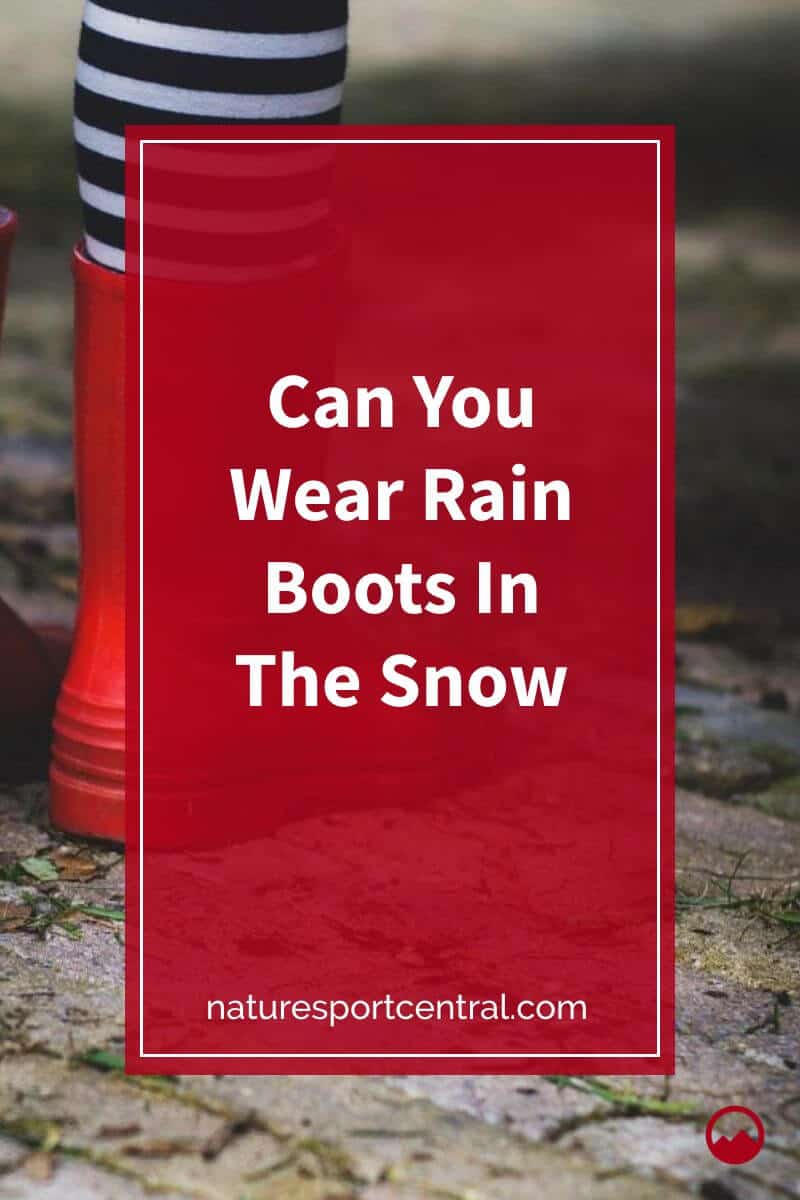