Snappers, scientifically known as Lutjanidae, are fishes that are commonly found in the Western Atlantic.

It is a crowd favorite because it is one tasty seafood and is also often used for recreational purposes by game fishers. Snappers have sideward and tilted bodies with medium to large scales and spiny dorsal fins. 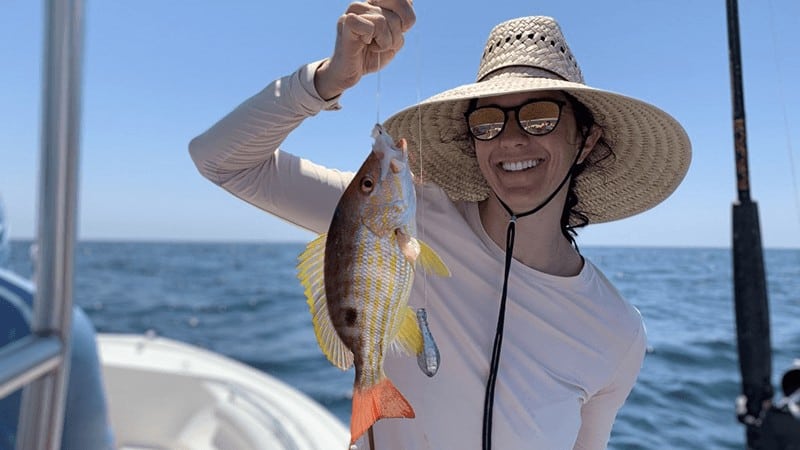 So, what does red Snapper taste like? Or maybe white snapper fish?
Well, snapper meat is firm and moist even though it has very little fat composition. Its flesh has a mild and sweet taste with a hint of a nutty flavor. It compliments both mild and intense seasoning, that’s why it can easily be served.
The flesh of a Snapper is pale pink with yellow stripes. During cooking, the color becomes lighter, but not thoroughly white. (Read Cheapest Fish Finders Guide)

To this date, only the Red snapper (Lutjanus campechanus) is legally allowed to be sold. When buying a Snapper, make sure to get it with the skin on. Be keen for the bright red skin and clear, bright red eyes.

The backbone bloodline must be bright in color and you are sure the fish is fresh. When buying fillets, look for firm, moist and elastic flesh that doesn’t disintegrate and no obvious browning. Poking the fillet with your fingers will also help, if it bounces back, then it is a good catch.

Most commonly, Snappers are sautéed, grilled, poached, baked, or broiled. If you have a whole fish instead of fillets, you have to first remove the head, backbone, tail and the fins to remove any possible choking hazard.

Flavors that Complement a Snapper

Your guests will be surely impressed when you season your Snapper with salt, garlic, thyme, paprika, chili peppers, and basil. Snappers are also delectable with many side dishes including steamed vegetables, fries, pesto, pasta, and salads.

Wines can also be perfectly incorporated while eating your Snapper. You can choose from the following wine varieties: Gavi, Red Burgundy, Montagny, Sauvignon, Chardonnay, and Pinot Grigio. (Best Fish Finder for Kayaks) 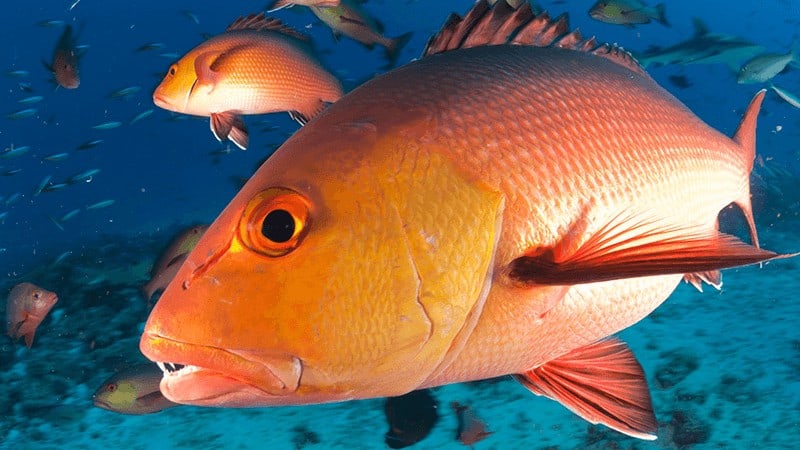 Easy Recipes for a Snapper Meal

Take a shallow bowl where you can combine the dry ingredients: salt, pepper, Parmesan cheese, lemon-pepper seasoning, and bread crumbs.

Combine the fillets to the mixture one piece at a time, evenly coat them on all sides and turn them.

Place a heavy skillet over medium heat and start frying your fillets in it. Let each side cook for about 4-5 minutes. The fish is done once it starts floating and flaking when you puncture it with a fork.

The Cubera Snapper is as mean as they look like. They have long, spiked teeth and they have thick and heavy built bodies. Cuberas are remote hunters, sole wolves, who stalk their target around reefs and rocks. They can dive from 60 to 180 feet deep down.

These snappers are brightly colored, luscious, and not too hard to catch. Lanes are often distinguished for their strong-willed attitude.

They take baits that other Snappers would ignore from a mile. In addition to that, they live in shallow waters (as shallow as 20 feet) so you don’t need to be scared and sail the high seas to catch them.

They are easily recognized by their yellow streaks and prominent black spots, hence the nickname “Spot Snapper.” They have soft white meat which has an elegant airy flavor.

Most Snapper fishes weigh around 5 pounds. From time to time, a lucky catch is double that size but maxes out at just over 2 feet.
As you can conclude from the name, Mangrove Snappers exists in shallow mangroves and seagrass beds. Young fishes can even make their way into salt and freshwaters.

It isn’t easy earning the nickname “King Snapper,” but Muttons certainly deserves the title. They come in a range of striking colors, from neon red to green and bright yellow.
They vary as much in size as they do in color. Their soft, white meat often gets compared to Red Snapper every time.

These lustrous, long-bodied fish look different than most of its specie family. Queen Snappers have an elongated, slithering tail and long fins for their size.

The Queen Snapper’s queer looks possibly have something to do with where they hide, making them one of the deepest-living kinds of Snapper.

Red Snappers are considered one of the most mouthwatering fish on the planet. They are often claimed to be the tastiest of the Snapper species. Red Snappers can weigh as much as 30 pounds if you head to the best fishing grounds offshore.

Those that live in deeper waters tend to be redder in color than those caught in shallower waters. They have extensive canine teeth which are why they are called “snappers.”

Vermilion Snappers isn’t as famous as their big brother, but they’re still surprisingly tasty. They are often called “Beeliners” because they feed in open waters over rocky reefs.

These colorful fishes live in large schools around shallow tropical reefs. They have sensitive eyesight, so you’ll need bright, striking light and good presentation to get them to bite. They have a prominent yellow line running down their body and they also have famous yellowtail.

Red Snapper is such decadent seafood with a subtle taste and intricate texture. Most of the fish lovers can easily tell the true taste of Snapper despite the different cooking styles used.

For this particular species of fish, a fresh one will conveniently let you cook in a way that you prefer. But of course, you also need to know the basics of fishing and learning what the fish finders are.

Also, there are numerous recipes you can easily prepare for this type of fish. It is always refreshing to try new dishes to get brand-new experiences. 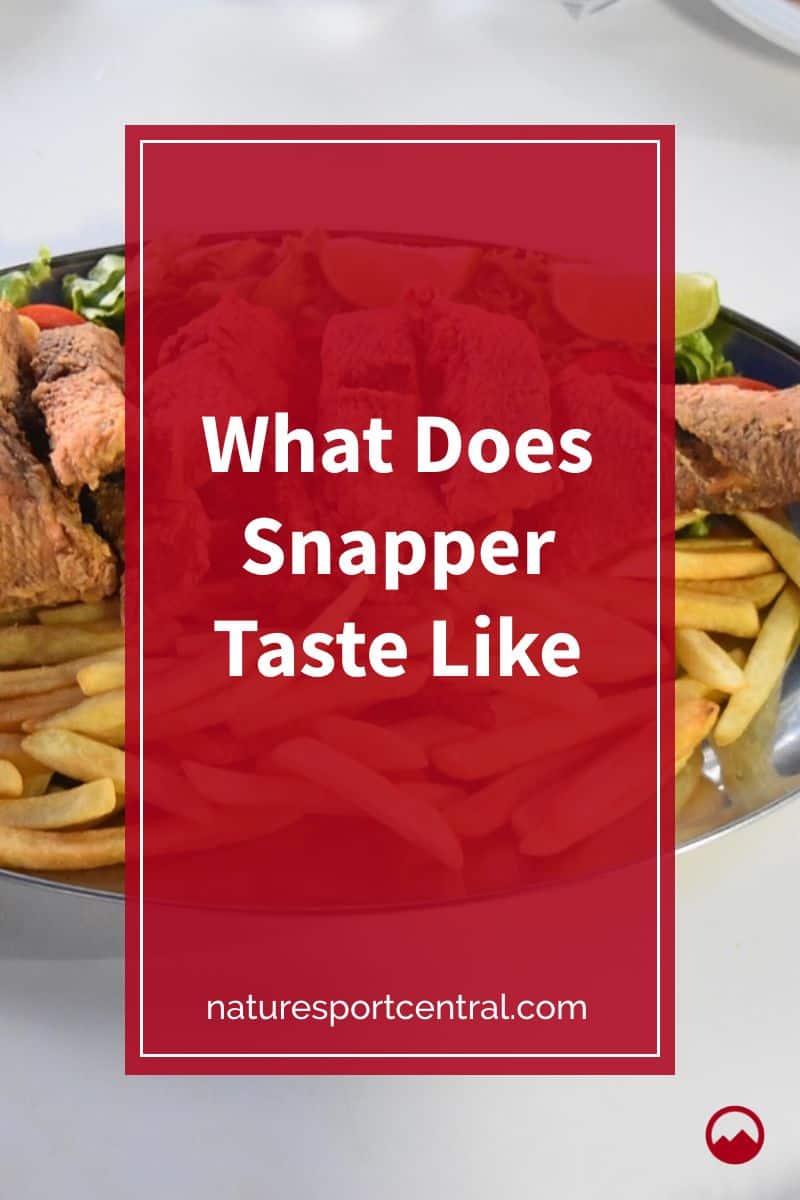